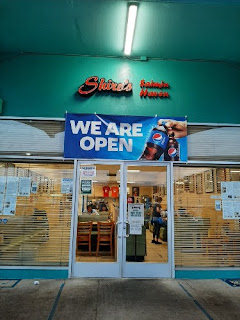 Shiro's is legendary in Hawaii, having served customers since 1969. They have a page about Franz Shiro Matsuo, the founder. Shiro's remains family-run, now in its third generation. One of Franz's grandsons even oversees a separate company that makes all the noodles and wun tun. 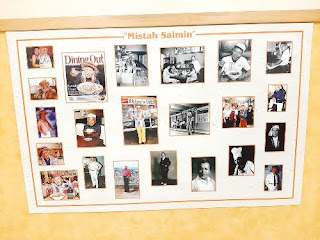 Shiro's has won a People's Choice Award as Hawaii's Best from the Honolulu Star-Advertiser for the last six years (2016-2021). I'll basically blame living on the mainland and the pandemic for not blogging about this place sooner.
Tons of menu options here. Breakfast is served until noon. While there are sandwiches, burgers, and plate lunches, the signature remains saimin, a dish developed during Hawaii's plantation days. Growing up, all the Hawaii kids said "saimin", even if it was the cheap instant ramen one would buy in the store. 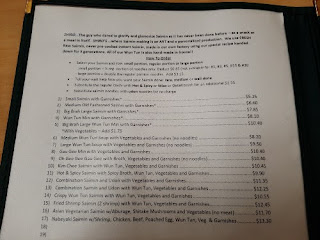 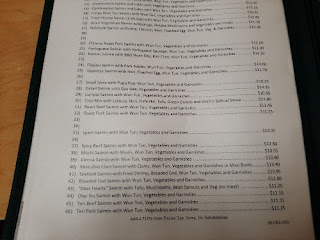 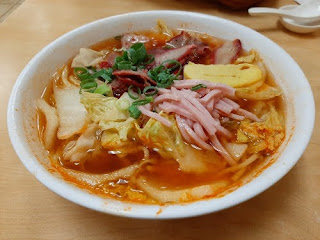 It's a delicious, soulful soup. Excellent, light broth. It's got some spice, but not too hot, tickling the back of your throat. It might be a tad too spicy for people despising heat, but there are so many other non-spicy options, this is a non-issue.
Soft, silky noodles cooked past al dente, but ideal here. The highlight otherwise was the three wun tun, silky on the outside and juicy pork on the inside. 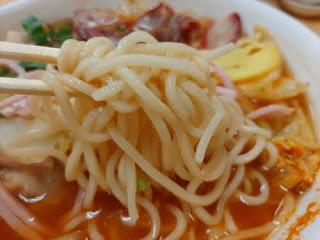 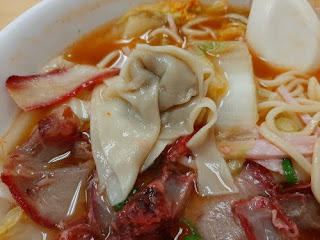 Heck, I added some Chinese mustard and shoyu when enjoying the wun tun. 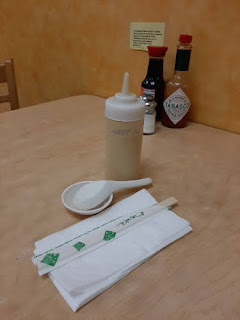 My friend enjoyed his large saimin. It took maybe five minutes max to get our order. Excellent service. It wasn't packed on a Friday night, but several tables were occupied. I still have a lot of places to try in Hawaii.
If you're seeking a historic eating spot in Hawaii, Shiro's must be on your list. 9/10
Posted by Aaron at 12:00 AM