I returned to ABV Public House in December. To be honest, I wanted to check out their beer selection again, but ended up getting a bite to eat on the same visit. 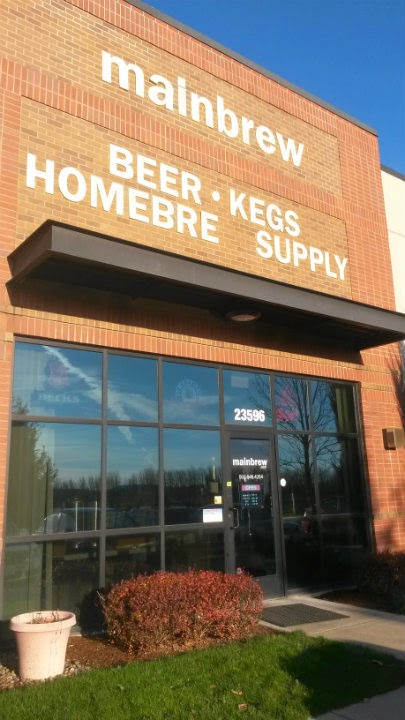 So basically, Mainbrew is a spot to rent commercial kegs or purchase homebrewing equipment. ABV Public House is the actual brewpub/restaurant expansion with all the food and beer.

Their beer selection is certainly above average. All the beer is chilled in the fridge; they prefer not to sell room-temperature beer on the shelf because it won't be properly preserved that way.

The Rachel Reuben ($11) has sliced roasted turkey, cole slaw, Gruyere cheese, and Russian dressing inside toasted rye bread. It's a nice-sized sandwich for a standard portion. A little grease on the bread doesn't hurt anyone. All the components were awesome together, and it would have been closer to perfect for me had the cheese melted a bit more.

Because the panda has his healthy moments, he also got a side salad instead of fries. I know that, for some people, it's like ordering a nice 50 oz. steak with a Diet Coke (despite aspartame also not being good for you). Eh, the veggies were still worth it.

It's a good place to get a beer (32 beers on tap) and watch the game. In January, college football is winding down and the NFL playoffs are in full swing, but there's also basketball and hockey to keep me occupied.