I've basically lost count on how many times I've been to Big-Ass Sandwiches (including times that I've been back, but simply not blogged about it). This time, I had to blog about a special they ran in mid-January (and, as you'll see why, I hope they run it again soon). 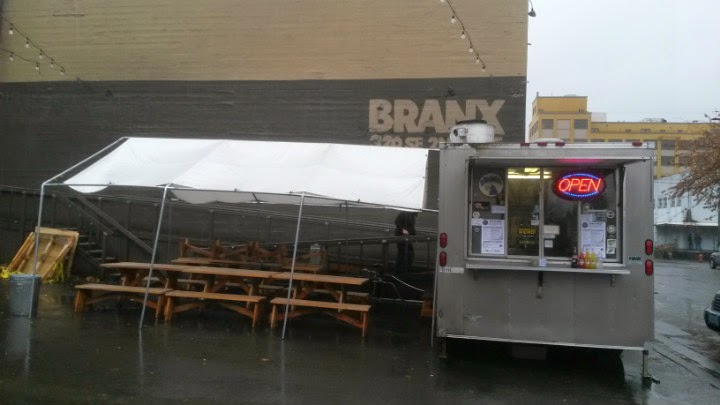 As of January 2015, they were still at The Row pod near SE 2nd and Oak in the industrial area. However, they were recently given notice to vacate and find another spot to make way for a new development. To say this was disappointing news would be an understatement. Big-Ass Sandwiches was one of five carts that initially moved to The Row about two and a half years ago.

Many of the other carts were simply second carts for their businesses. As the other carts dispersed, Lisa and Brian stayed put, hopeful that the original vision for the pod (which apparently would have included entertainment, a solid base of food carts, and more) would be a reality. That simply was not in the cards here. I truly hope they find a new spot, especially one that houses a beer cart. Having this glorious sandwich with a beer should be able to fill you up for the rest of the day, if not the rest of the weekend.

Menu is the same. You can also get Truffle Fries or the spicy "Ginger Rage" sauce. 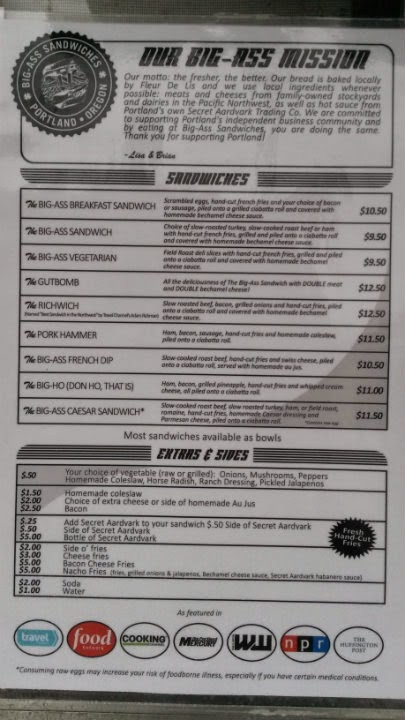 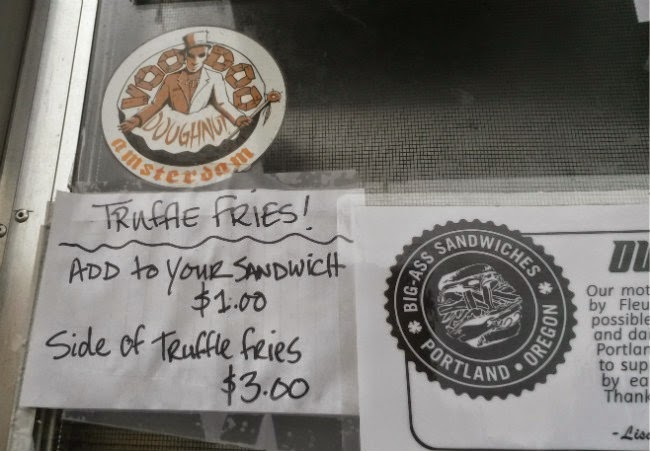 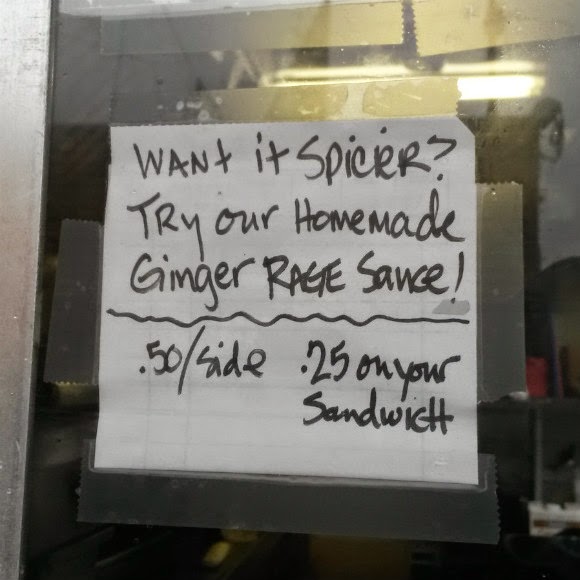 Anyway, I went for one reason: their special. How can you say no to ghost pepper sausage? The panda couldn't. An $11 special that became my meal for lunch and dinner. I might be a small dude, but the sandwich still was 3x the size of my forearm. 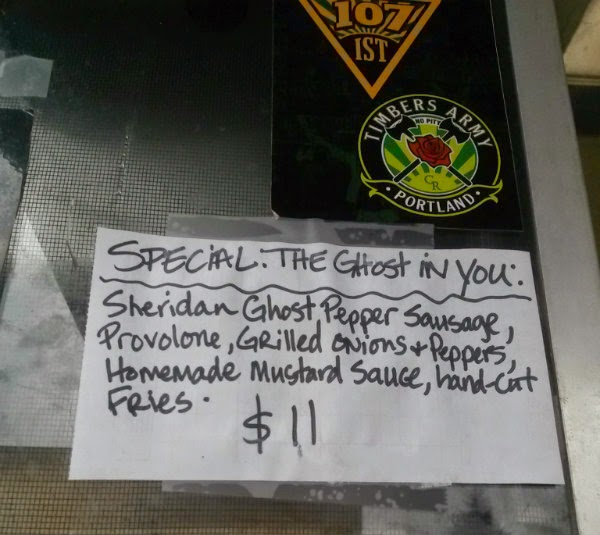 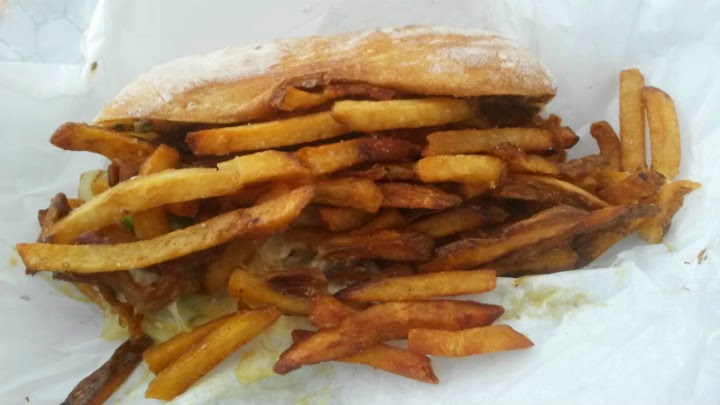 The same Fleur de Lis bread that I remember, the same amazing fries. Homemade mustard was a winner. To my pleasant surprise, the ghost pepper sausage (from Sheridan Fruit Company) had slices of actual ghost pepper in it. Enough to enjoy the ghost pepper flavor, but still tame enough so that your face wouldn't go reaching for the milk. 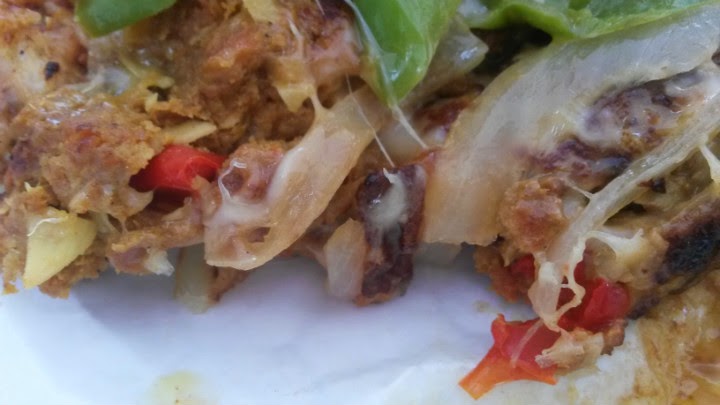 If I got it again, I'd just pile on some Secret Aardvark habanero sauce (25 cents more) and pickled jalapenos (50 cents extra) and have people around me wondering if the panda truly has no spice sensors. 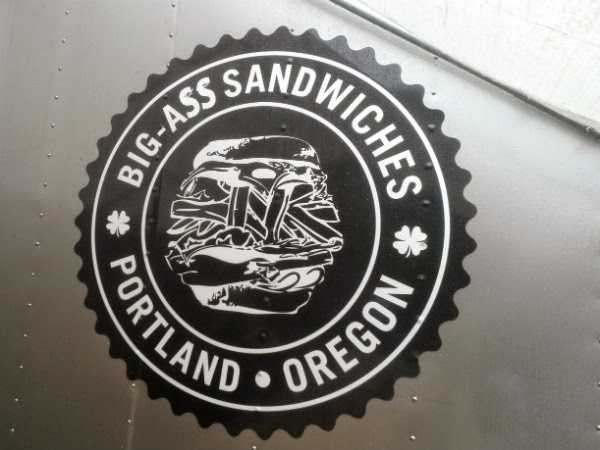 I hope people follow them on Facebook and Twitter. Hopefully, there will be a line of hungry people at the Foster pod! 9.5/10
Posted by Aaron at 12:00 AM