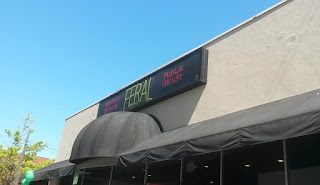 I went here with two of my good friends on a scorching August day. Fortunately Heathen Brewing has over three dozen taps, with a good number of them sporting their own brews. 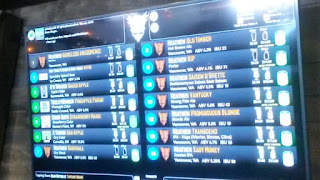 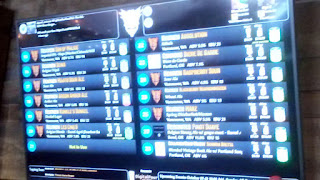 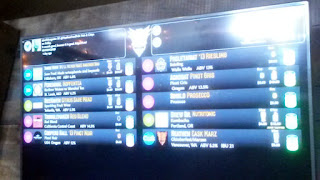 I actually started with their lone non-alcoholic option, the "Nameless Awesomeness" root beer. If I drink any soda these days, it's likely going to be a craft root beer. It took on more of a licorice and anise quality, from what I gathered. A solid choice. 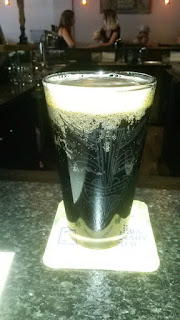 My friends and I got a flight of seven different beers. 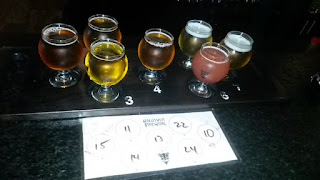 Naturally, we also got food. Their Margherita pizza had large tomato slices, with basil (cut chiffonade-style) and lots of cheese. Pizzas are cooked inside a stone oven. It looked great and tasted wonderful. 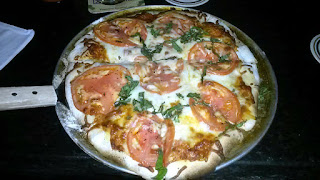 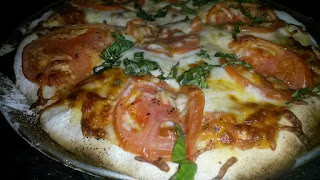 For fun, I tried Heathen's "Tribal Heat" sauce. To me, it was a standard (and tasty) wing sauce. Nothing extremely hot here.

For beer and food at a gastropub, Heathen Brewing's Feral Public House is one of the top choices right now in Clark County. Without the bustling, busy streets that Portland would have, this is a damn good spot to hang out with friends. 8.5/10
Posted by Aaron at 11:00 PM