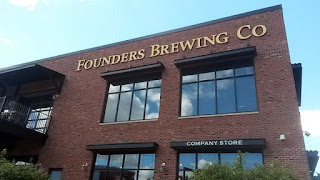 As I sat and ate my lunch at Bell's Eccentric Cafe in Kalamazoo, I went on my phone and saw that Grand Rapids (and Founders Brewing) was only 50 miles north of where I was. Even though I was tired from all the driving -- and getting a tad fluffy from all the food and beer -- I naturally drove to Grand Rapids for more beer. Because science.

Around the brewery, there's a bunch of metered parking. I didn't notice any other parking options, but apparently Founders patrons can get parking validations for up to five hours (something like that). I figure if I look around the area again with a fresher set of eyes, I might be able to take advantage of this. 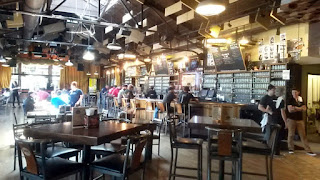 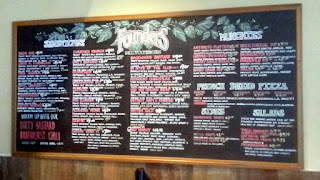 I only had 60 cents on me, which near Founders was good for a whopping 29 minutes. One selfie outside the brewery and three minutes in their store left me 25 minutes. Five minutes to scan the taplist. And yes, the taphouse is massive. Picked out two IPAs that I've never had before (and paid before I got my choices): 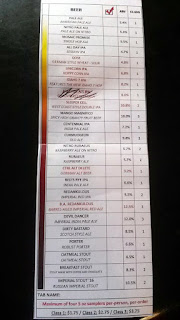 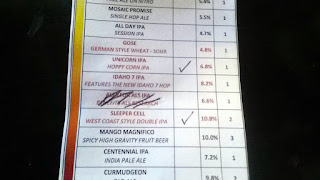 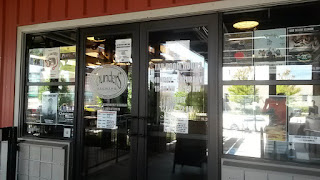 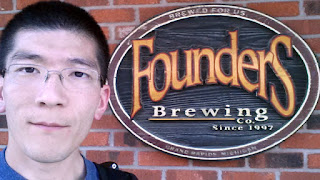 Got back to the car with three minutes to spare. Winner winner panda beer dinner.

Founders Brewing has some damn good beer. Wish I was able to stick around longer to try some of the food. Maybe next time, assuming no redeye flight and an already-long day prior to getting here. 8/10
Posted by Aaron at 11:00 PM