Great Notion Brewing is located on NE 22nd Ave, just off NE Alberta, in Portland, Oregon. It is right behind Pine State Biscuits. 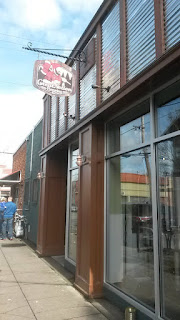 This place used to be Mash Tun Brewpub before getting sold in July 2015 to a trio of individuals and undergoing a name change. The place stayed open and Great Notion continued to sell the last of the Mash Tun beers while awaiting the go-ahead from the feds (tax and trade bureau) to obtain their brewer's license and make their own.

In October 2015, Great Notion finally painted over the "Mash Tun" name on the outside of the building and held a sneak peek event for their Juice Box Double IPA (yup, it was a mega hit). In November, the Great Notion folks held a successful Kickstarter. In December, they finally got their TTB approval.

It didn't take long for Great Notion to make an impact. In late January, Willamette Week held a tasting to determine the best IPAs in Portland, in a blind taste test judged by other beer experts. The top 10 were released on February 5 for the public to vote. Not only did Great Notion crack the top 10, but they got two beers in the top five -- Juice Jr. at #3 and Ripe at #5.

After reading the IPA results from Willamette Week and seeing Great Notion also wanted to release "Double Stack" -- an Imperial Breakfast Stout with Vermont maple syrup -- I was completely sold.

Great Notion is a 7 bbl brewery and tap room. They also have off-site locations where they make their sour ales. I was wondering if they will have to expand to at least 10 bbl should they really take off. 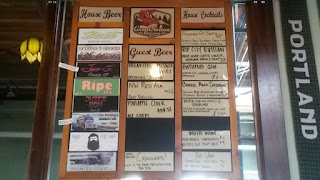 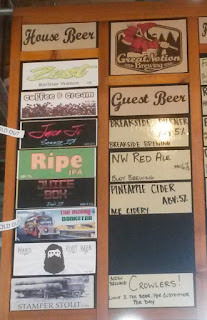 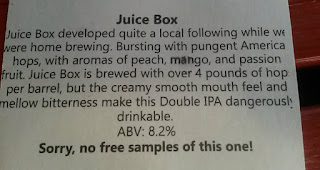 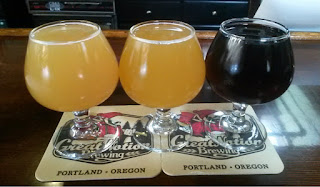 For food, I got the "Halfway to Cuba" ($12): Slow smoked Carlton Farms pork, bacon, Swiss, yellow mustard, and pickled sweet peppers inside grilled Bianco bread. Choice of salad or waffle fries, and I opted for the spuds.

It's a solid sandwich. Nice amount of meat, and you obviously cannot go wrong with bacon. The sweet peppers are fine, but for me, it cannot replace a good pickle that you'd find in traditional Cuban sandwiches. The waffle fries are good for what they are. 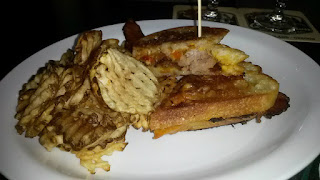 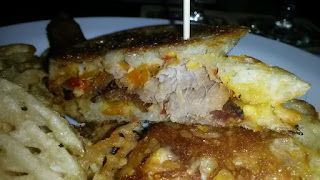 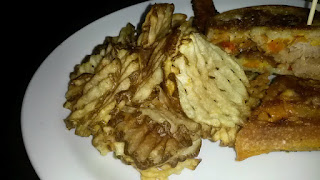 The server would recommend the Fried Chicken Sandwich ($12), which has a cornflake crust on the poultry, and the Veggie Burger ($12). Other people appeared to be enjoying the Great American Cheeseburger ($12), which also has bacon in it. I'll have to try those at a later date.

Oh, and don't forget about the Salt & Pepper Chicharrones appetizer here. Five bucks for that. 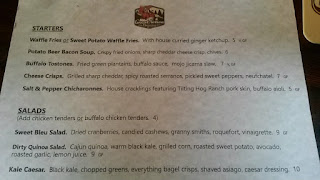 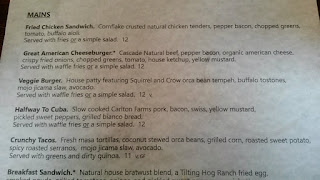 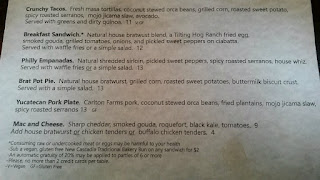 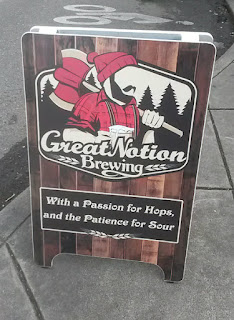 On March 5, Great Notion finally released their full lineup of beers (however, the sours will still be on a rotating basis). I tasted even more beers for science: 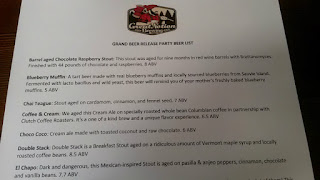 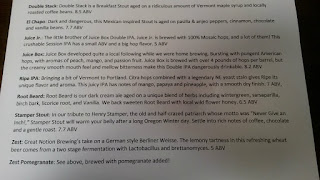 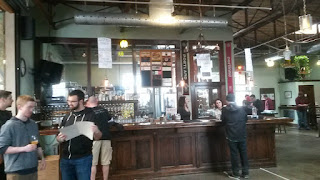 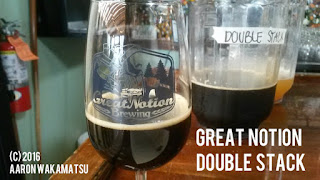 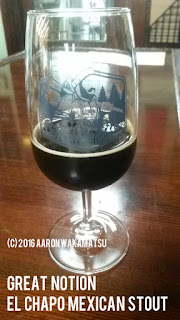 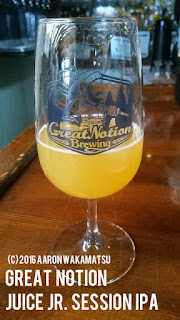 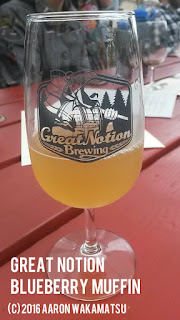 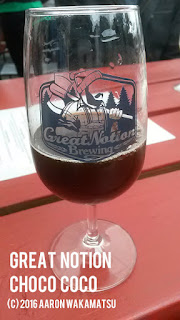 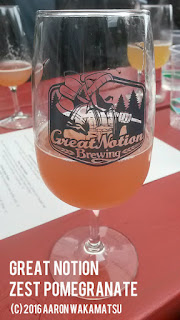 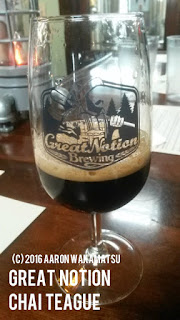 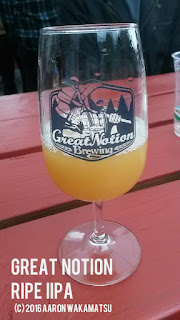 A wildly successful turnout for the Great Notion Beer Release on March 5. I have full confidence that this brewery do just fine. I just hope they have the space to keep up with what should become overwhelming demand.

Great Notion Brewing has been shipping some of its beer to places around town. I've seen it at NWIPA, for starters. Slowly but surely, I can see this place becoming a bigger beer force in the Pacific NW. 8.75/10
Posted by Aaron at 12:00 AM