On February 25, 2018, I headed to Imperial Bottle Shop's second location on NE Alberta Street for (the remnants) of their Founders Pancake Brunch event. 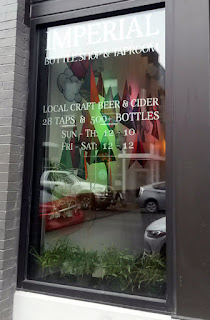 Imperial opened its NE Alberta location near NE 20th and Alberta last summer. There are over two dozen taps here, and the shelves of bottles/cans of beer are in the back room. It certainly feels more open than their original SE Division spot.

Of course I'd be a tad cheap to buy tickets to this $20 event, but coming right after the event was over still allowed me access to most of the good stuff. By this point they had predictably run out of pancakes, but the beer and the syrups remained. 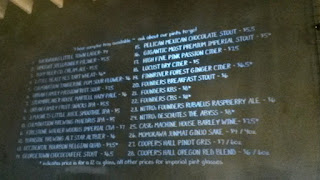 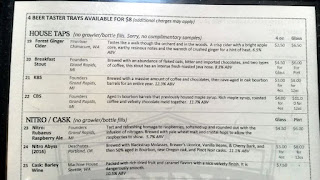 For $11, I got the Founders sampler tray of all four of their beers on draft: Rubaeus Raspberry Ale (on nitro), Breakfast Stout, Kentucky Breakfast Stout, and Canadian Breakfast Stout. Each was a 4 oz pour. I made my way down the tray from the lighter Rubaeus all the way to the CBS imperial stout. 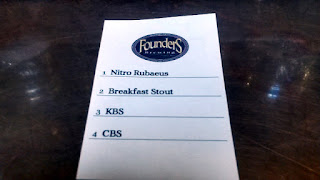 For another $3, I got a side of bacon because brunch is incomplete without it. 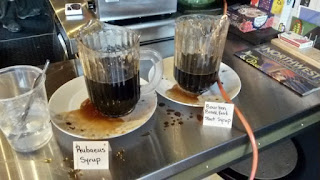 Since I wanted additional beer science, I also got a 12 oz pour of Urban Family Brewing's Fruit Snacks Hazy IPA ($4). It's a 7.1% beer with Nelson Sauvin and Citra hops. I got awesome peach and apricot flavors, and it is indeed very refreshing and crushable for its stated ABV. 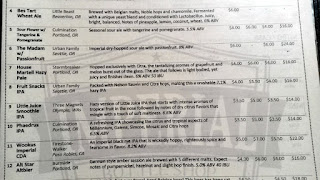 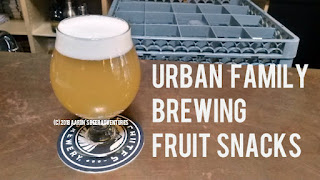 Imperial welcomes outside food, so bring your meal in and have a tasty beer. 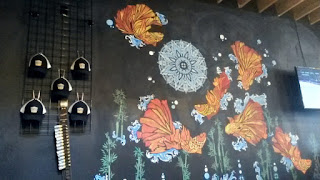 This was also my first time to Imperial's NE Alberta spot, despite me passing by it a few times prior. I love it also because this one is much closer to me than their Division spot. It adds even more beer options to an area already filled with food and drink choices. I'll definitely be back for more.
Posted by Aaron at 1:30 PM