La Oie Cajun Cuisine is located just outside Brothers Cascadia Brewing, near the corner of NE Hwy 99 and 99th Street, in Vancouver, Washington. 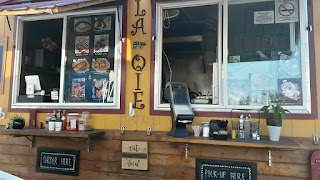 Mardi Gras was a few weeks back, and on Fat Tuesday (or Fluffy Tuesdays for pandas), I had a bigger craving for cajun food. Only after a google search did I find this place, and even better, it was relatively close to work, allowing me to drive down during lunchtime.

La Oie fills a void of Southern/Cajun/Creole food in the area. Happy panda is happy.

When I got to the cart, I realized that La Oie had generally closed on Mondays and Tuesdays, and they had only started opening for lunch on Tuesdays within the past week. 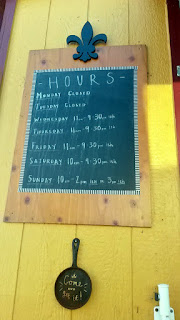 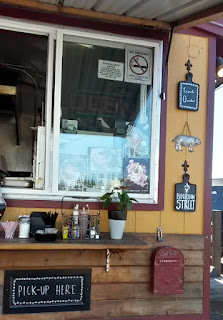 A few of the menu items are deep fried, such as Boudin Balls, waffle fries, and pistolette, a deep-fried french roll filled with creole cheese sauce and grilled shrimp. 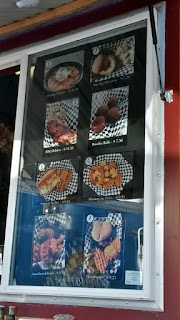 I got the Shrimp Etoufee ($11.50), basically shrimp with a thick sauce (made from a roux), served with a scoop of white rice. La Oie's version also includes a vegetable medley in the etoufee, which I found was otherwise filled with great tomato flavors. 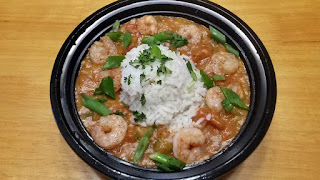 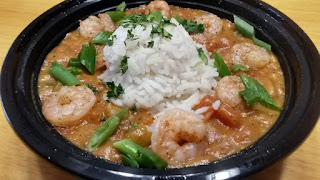 I might not be from the South, but this was an outstanding etoufee. Tons of flavor and excellent cajun spice that lingered for an extra bit on the tongue. I could eat this all day, every day, and probably gain about 100 pounds in the process. It was an excellent portion as well, served in a rather deep to-go bowl.

Specials (at least from the website) include Red Beans & Rice on Wednesdays, Gumbo on Thursdays, and Jambalaya on Fridays. I hope to go back and get some beignets ($6.50 for an order).

Wonderful service, and knowing that family recipes are used makes it even better. 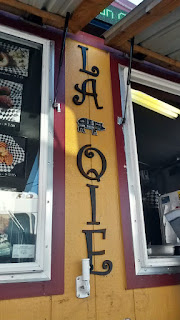