Solstice is located on Portway Avenue in Hood River, Oregon. 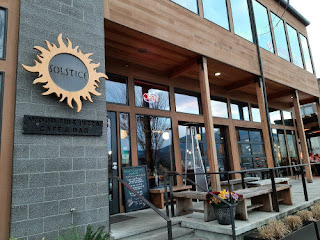 To think, it took me over 12 years to make my way through the Columbia River Gorge and into Hood River. Oops. 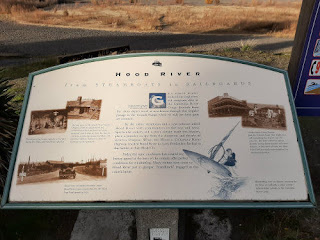 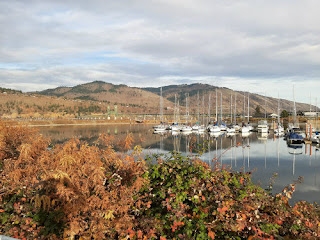 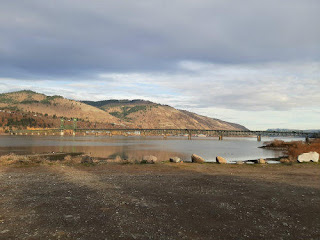 Keena of PBJ's Grilled grew up in Hood River and graciously showed me and my mom around the area. After getting an awesome tour - with beautiful scenery - we ended up at Solstice for an early dinner.

If you park in the lot behind the building, you'll probably see all the wood they store - and eventually toss into their oven. 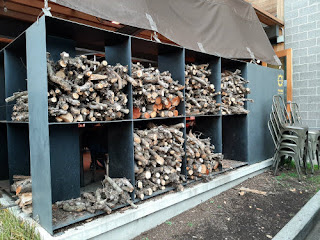 Solstice is generally become the popular pizza spot in town, but they also have great mac and cheese, salads, and various drinks. Full bar available. 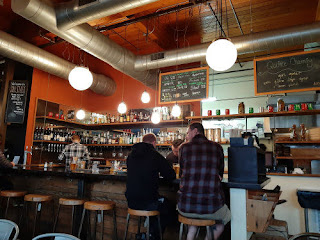 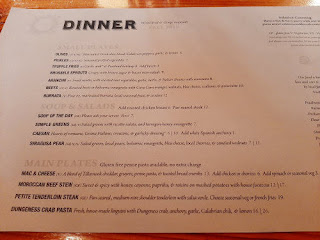 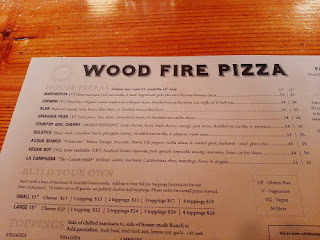 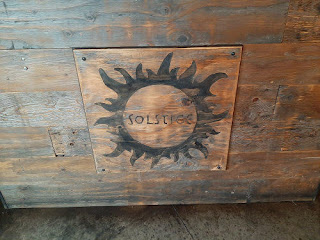 Mainly because of the name, I ordered the Solstice cocktail ($10). Blanco tequila, huckleberry syrup, and organic lime juice, with sugared rim. Simple, but delicious. The sugar cut through the alcohol just right. 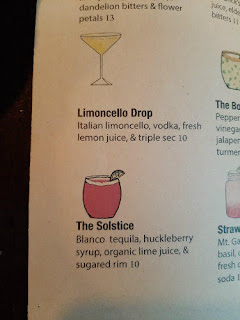 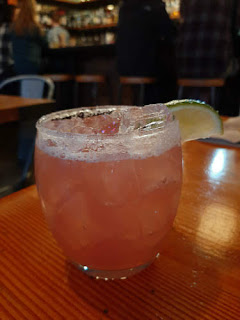 For food, the three of us started with the arancini ($8), fried risotto balls with vegetables, garlic, herbs, and Italian cheeses, on a bed a marinara. We were puzzled that the marinara was served on the room temperature or cool side. A warm or hot marinara likely would have popped that much more. 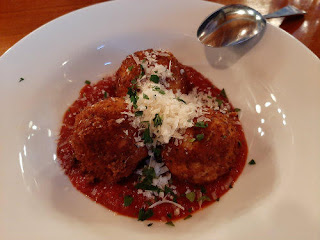 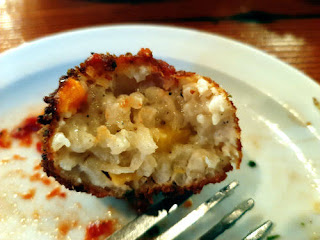 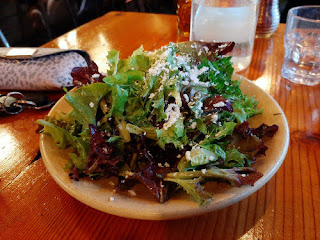 Siragusa pears come from a local family (the Siragusas) in the area. I'm usually not a bleu cheese fan, but it worked in that pear salad. 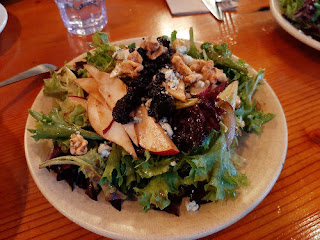 Margherita has the standard house marinara, fresh mozzarella, and basil, but this also got topped with garlic olive oil (interesting) and pecorino-romano cheese. Solstice also shreds the basil into long strips, so it's not just one bite with basil and the rest of the slice without it. The bite of the pecorino-romano lifts this pie to the next level. 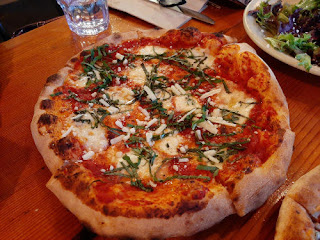 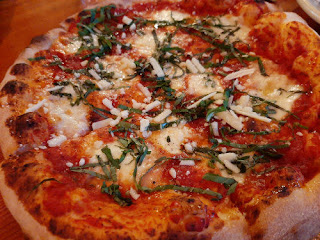 And why not end with a good dessert?  Their Wood-Fired S'more ($8) has a 10-minute additional wait to cook it up, but well worth it. It comes on a small cast-iron pan still scorching hot. A house-made honey marshmallow is toasted up until dark golden, with chocolate ganache and a buttery pecan crust. Surprisingly, it remains extremely light despite all the rich-sounding ingredients. 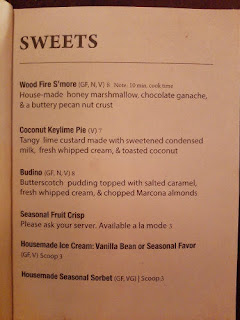 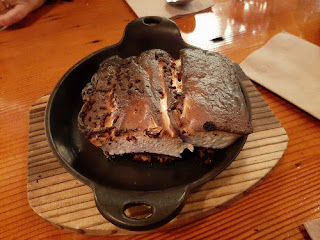 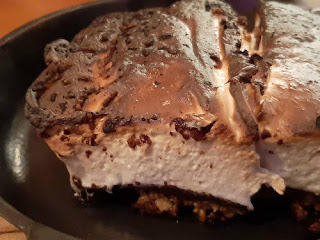 Frankly, it was either the s'more or the Coconut Key Lime Pie ($7), but the s'more won out this time for its use of the wood-fired oven.

As the service continued, people increasingly filed into Solstice until there was a full house. Saturday nights are no joke here, even in a smaller town like Hood River.

I hope it doesn't take me another 12 years to get back to Solstice, but I would plan to get the mac and cheese next time. I heard that was also a show-stealer. 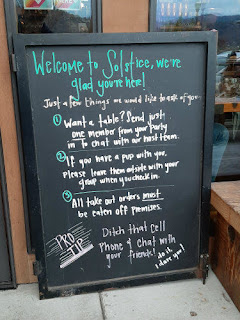 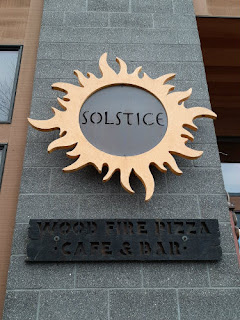