It finally happened for Keena. After years of trying for a brick-and-mortar, PBJ's Grilled opened up their first sandwich shop on NW 13th in the Pearl District of Portland, Oregon. Their soft opening was a month ago (October 27), and I popped in the following day. 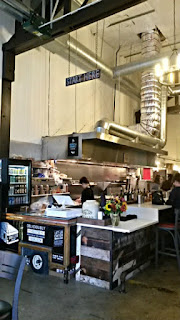 These are times I'm grateful for my blog; I get to look back at my first posts about this food-cart-turned-brick-and-mortar. I was hooked from the first visit and it remains epic (and even better) today.

Back in April, I remember helping Keena gut the space that would become PBJ's Grilled. I learned that the panda doesn't do too badly wielding a sledgehammer. For controlled destructive science, of course.

The counter space and grill are on the left side of the space as you walk in, with the menu board in the very front left wall. Everything is open so that you can watch the staff make your food. 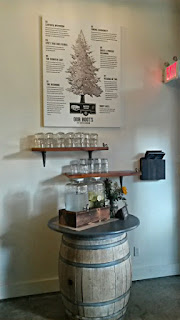 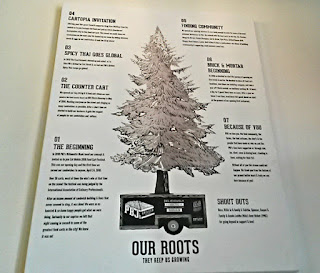 Part of the counter includes the original push cart that started it all. Great way to remember your roots. 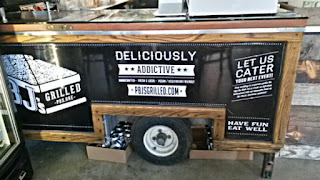 The main sandwiches from the cart are all there. the PBJ's Burger and the Tryptophantastic, two items from the cart that were limited-time or seasonal, are regular items now. PBJ's also debuted rosemary onion rings and potato chips for sides. There are four beers on draft, a handful of wine options, and several cocktails to choose from. If you want, you can even order a beer and a shot of alcohol. 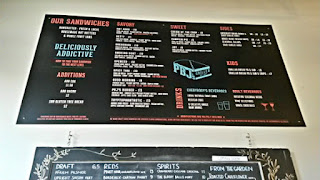 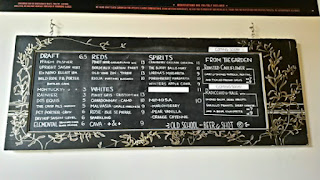 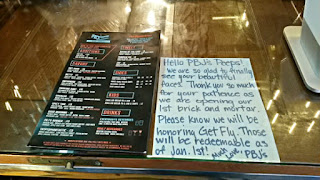 The Tryptophantastic ($13) features slow-roasted turkey, pecan butter, apple sausage stuffing, and cranberry jam between Bruno sour wheat bread. The size of these sandwiches are still imposing and fit for a panda's appetite. Moist turkey, delicious stuffing. Would eat all day. 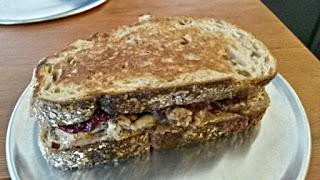 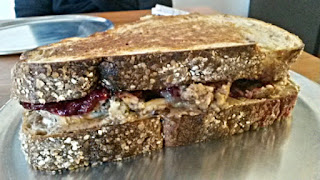 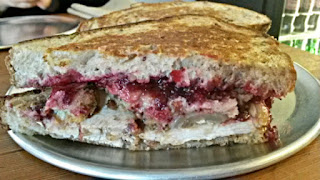 Of course, I needed a proper drink for science. While the staff suggested a Wild Ride Peanut Butter Porter with the sandwich (which was a great choice, by the way), Lorena's Margarita ($9) was too tempting for me to pass up. It includes lime, other citrus, and the usual alcohols that go into a margarita. Excellent here, great citrus flavors with the right tequila balance. 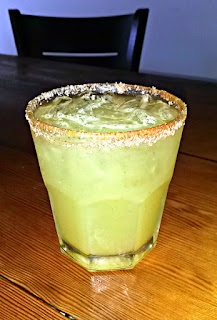 The show stealer, though, was the Rosemary Onion Rings ($6 small portion) with Sage Garlic Aioli on the side. Light, crispy batter, with thick ring of onion inside, all deep fried to a light golden brown. The aromatics from the sage and rosemary liven everything up and leave me wanting more. 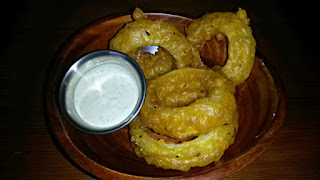 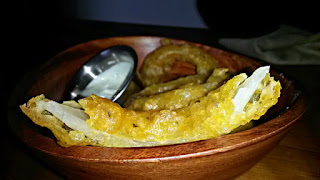 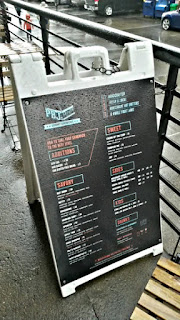 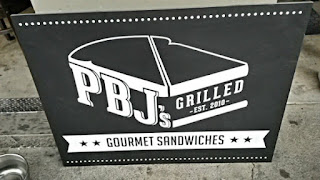 Depending on when I go, parking could be an issue; I've had to park a few blocks away before, and you'll need to pay for parking in that part of Portland. Still, you can't go wrong with food or drinks at PBJ's Grilled. If you see Keena, let them know I sent you down there. For proper science. 9.75/10
Posted by Aaron at 12:00 AM