Chandelier Bakery is located at the Historic Padden House on NE 78th Street (near where it becomes Padden Parkway) in Vancouver, Washington. 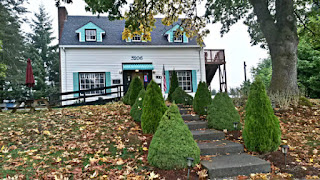 I would pass by this house on NE 78th going to and from Costco, and finally, one day, decided to stop by and check it out around breakfast time.

As the name implies, there are several house-made baked goods here, from cookies to lemon bars to cinnamon rolls. There are also a few seasonal items, depending on the time of year. 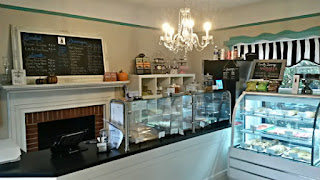 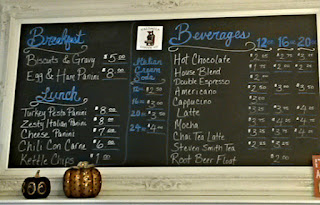 They serve coffee from Valhalla Coffee, based in Tacoma. Great choice here, the beans were likely ground fresh not long prior. 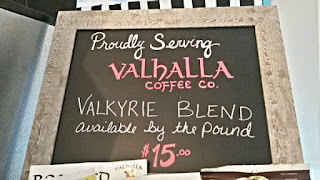 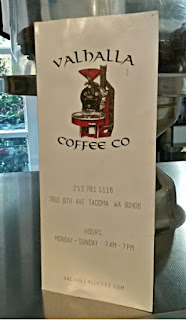 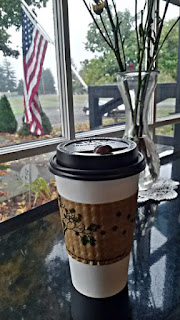 While savory breakfast items were tempting, such as the Ham and Cheese Croissant ($6), I ordered the seasonal Pumpkin Drop Scone with Cinnamon Glaze and some cream cheese in the middle ($3). Messy, but soft and delicious. I would highly recommend getting these heated up; it makes it softer and soul-satisfying. 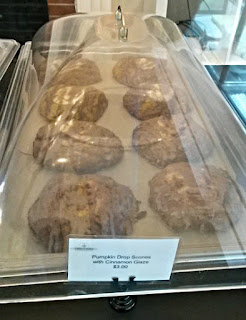 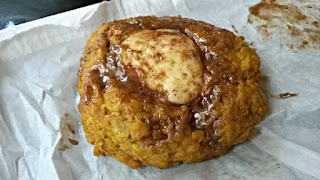 The lemon bars and ham and cheese croissants otherwise appear to be among the most popular breakfast choices. For lunch, the Turkey Pesto Panini ($8) sounds amazing. 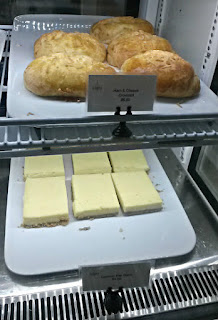 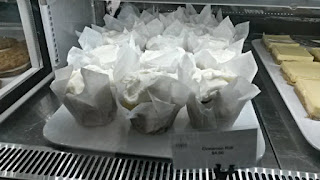 I love this place. A homey environment, not surrounded by a lot of other places. Somehow, it feels like you're able to get away from the city life - while still being in it to some degree. 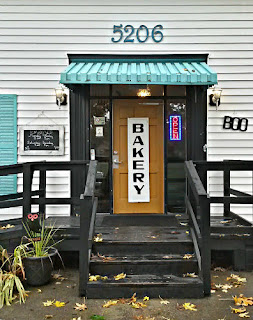 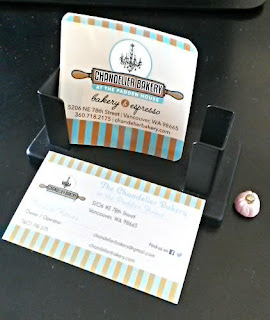 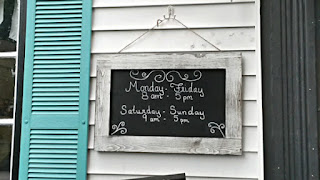 They will also make your wedding cakes, if you know of anyone getting married.