Frontier Restaurant is located on Central Avenue SE in Albuquerque, NM. It has been one of the most popular spots in ABQ, getting a ton of publicity. 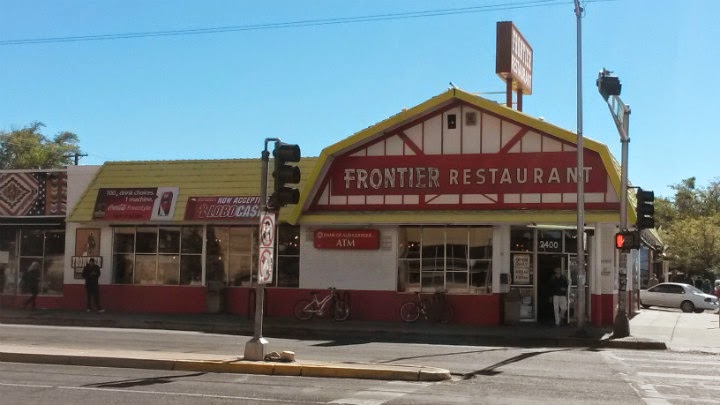 Frontier is located across the street from the University of New Mexico. Tons of foot traffic, and many college students frequent this place for a nice meal. By opening extremely early (5 AM) and closing late (1 AM), thousands of people pass through Frontier every day. 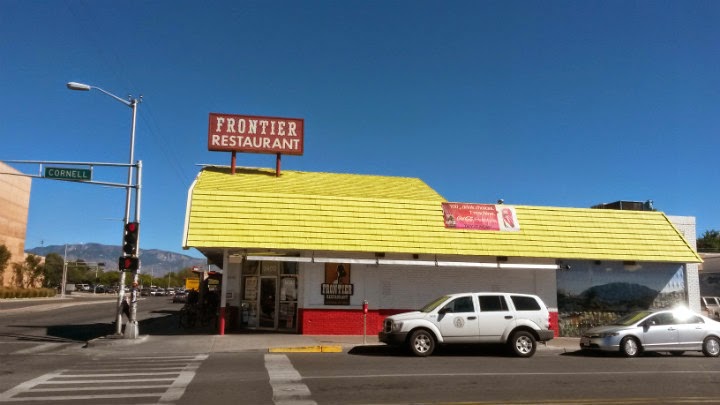 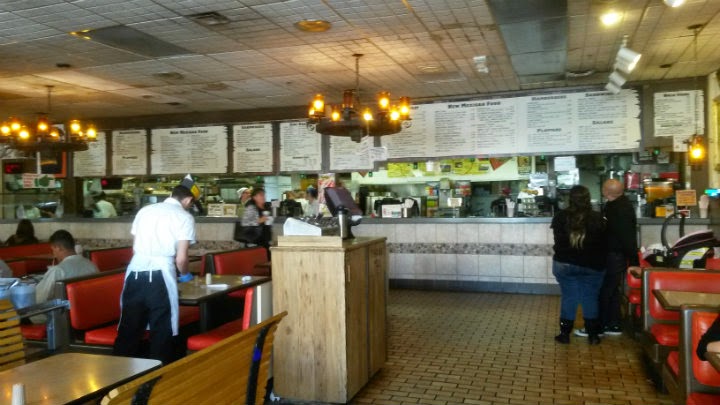 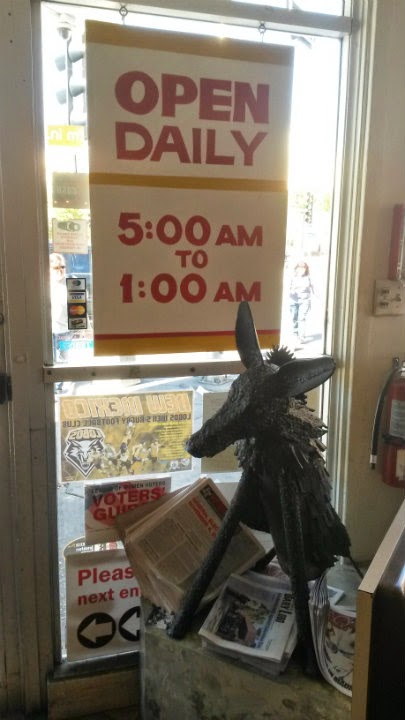 Tons of art, memorabilia, and photos on the walls. UNM sports teams and famous alums (i.e. Brian Urlacher) are featured. 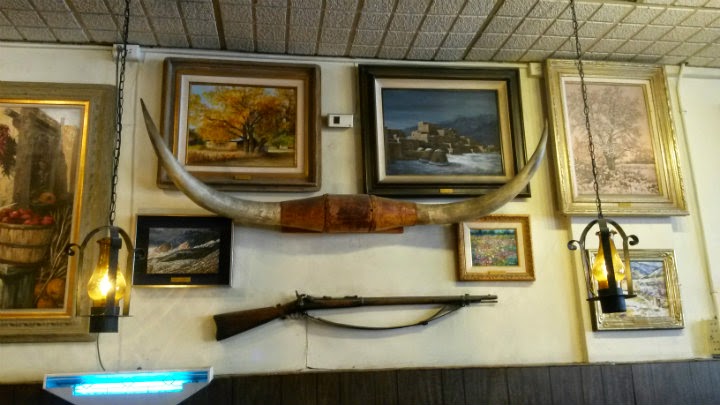 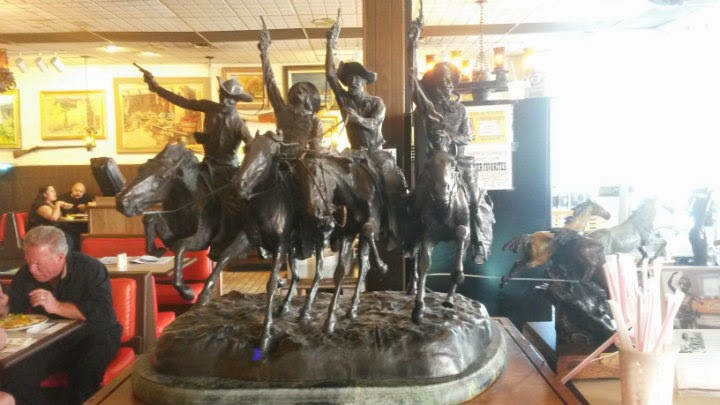 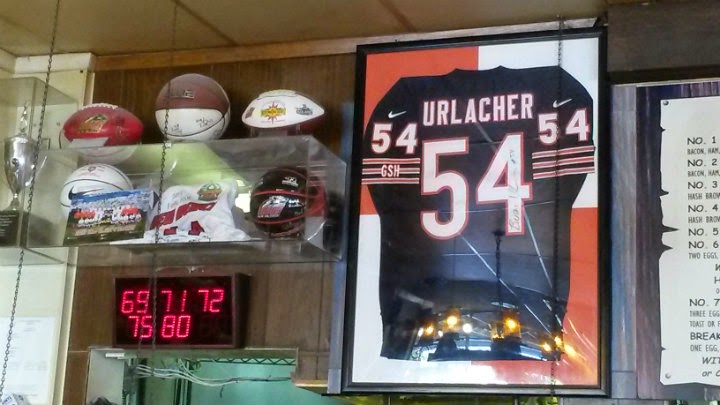 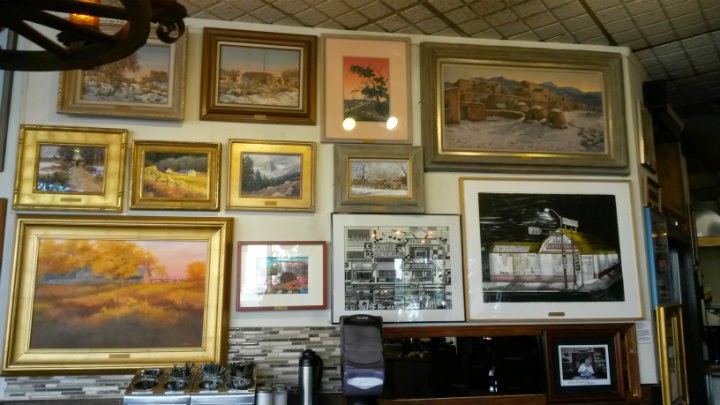 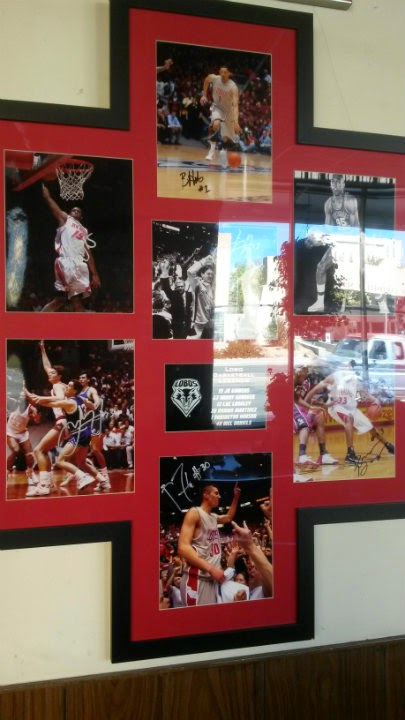 Frankly, I entered Frontier because I was hungry and also wanted to explore the UNM campus afterward. People watching is cool.

Frontier makes their own tortillas. You can see them making fresh tortillas at the pickup area and placing them in bags to be bought.

At Frontier, you order at the counter and they give you a number. If you're dining in, pick up your food at the pickup area when you see your number on the screen. I found out (through watching) that they usually only call numbers if you're taking your food to go. 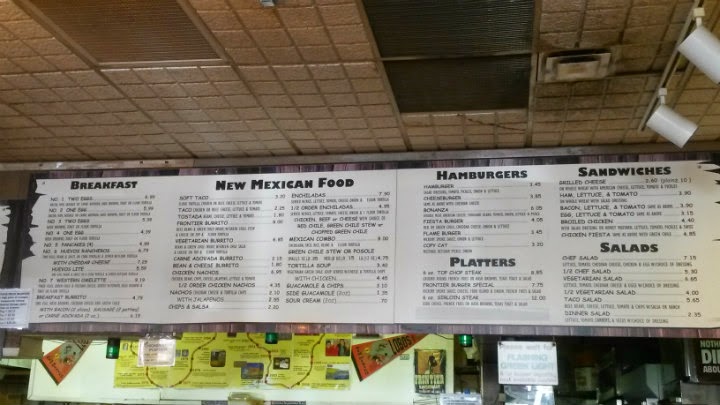 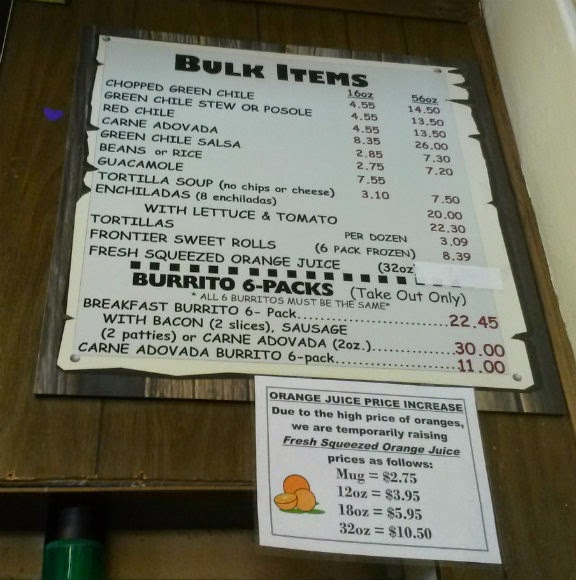 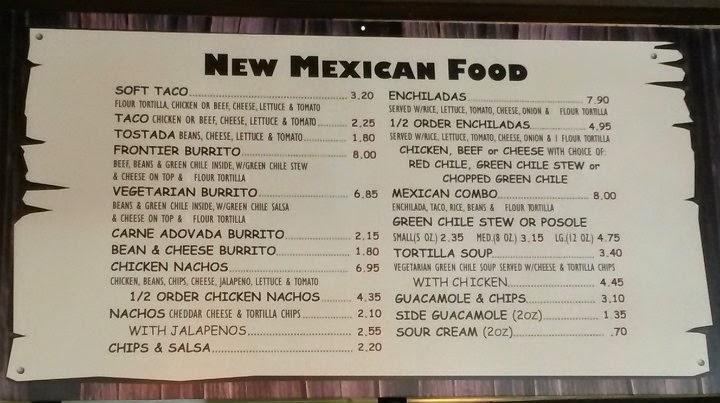 I got the Frontier Burrito ($8). Beef, beans, and green chile inside. Green chile stew and cheese on top. Another flour tortilla on the side. Packet of honey. Nice! 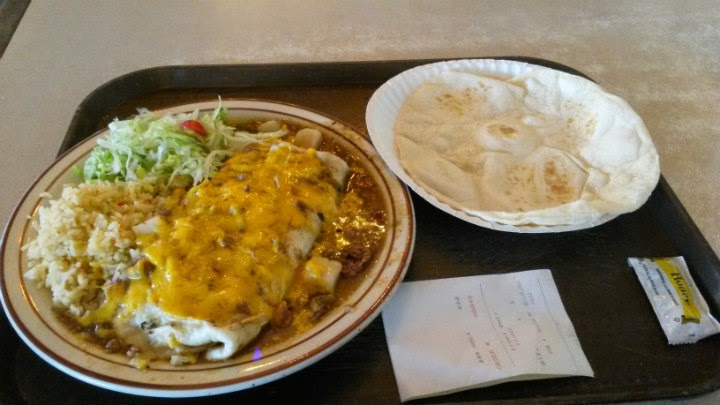 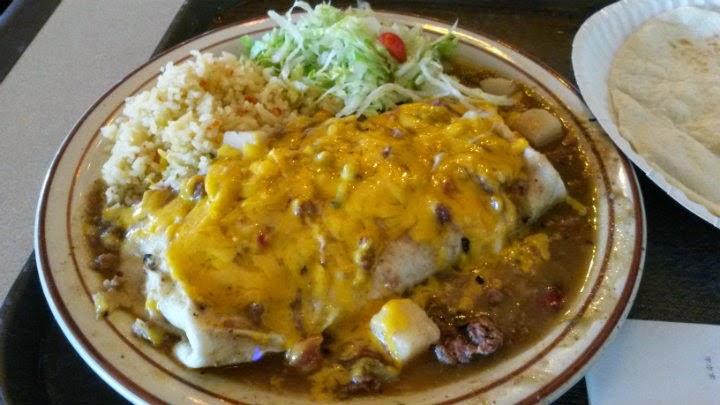 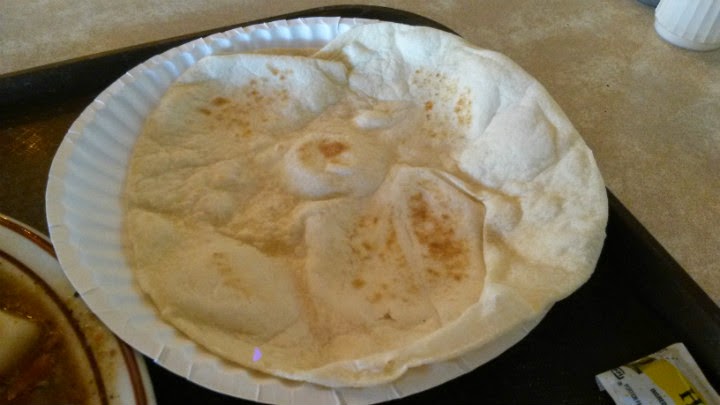 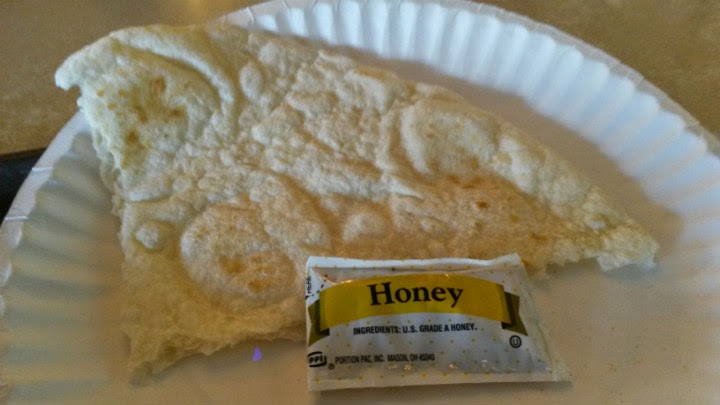 I swear, if I had a place like this in college to go to, I would have been very light in the wallet and heavy in the gut. Just a delicious burrito. Green chiles FTW. I never had honey on a tortilla before, but naturally I tried it for science. Science is a wonderful thing, folks.

I only wish I had more capacity to enjoy other menu items there. By this time, I had reached the end of my New Mexico adventures, and the panda basically had no more room. Had to waddle back on the plane. Very close to needing to be rolled onto the aircraft. 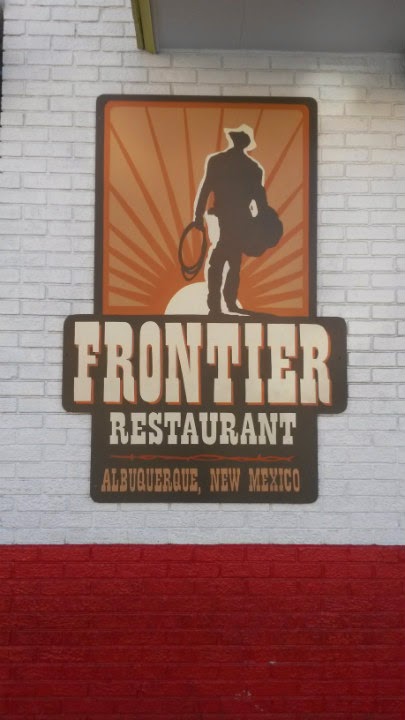 If you are near UNM or go there for college, I'm sure you've been to Frontier. If not, drop the books and just go get fluffy there. Panda approved. 9/10
Posted by Aaron at 12:00 AM