First Due Smokey BBQ is a food cart located in Salem, Oregon. 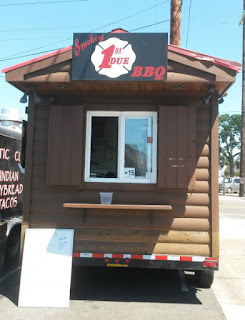 After all these years, Salem finally has a food pod to call its own. The pod behind Barrel and Keg (which serves beer and wine) recently opened, so I went to check it out with a friend. The pod itself has a rotating cast of food carts. You can check social media -- namely the Barrel and Keg Facebook page -- to see who will be at the pod for the upcoming week.

First Due Smokey BBQ has three meats: brisket, pulled pork, and tri-tip. You can get sandwiches or a plate here. Plates come with a roll and two sides. 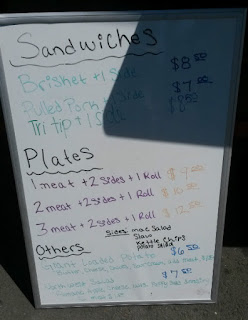 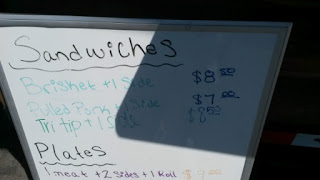 I ordered for the Two Meat Plate ($10.50) with brisket and pulled pork. Potato salad was unavailable, so I went with mac salad and cole slaw. Loved the pulled pork here, juicy and a bit of smoke. I received thick slices of brisket which pulled away without much effort. Awesome char on the exterior. 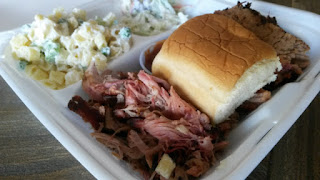 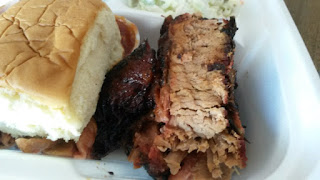 The sides were good but, for me, really secondary to the meaty main event. I liked the crunchy celery in the mac salad, and the cole slaw had a lovely crunch. 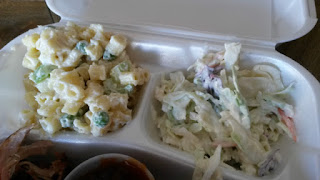 Props to the BBQ sauce. Slightly sweet and predominantly tangy.

Since you can take food with you into Barrel and Keg, I got a flight of four for $6. Yup, $6. Cheap as heck, in my book. Taps will rotate on occasion. 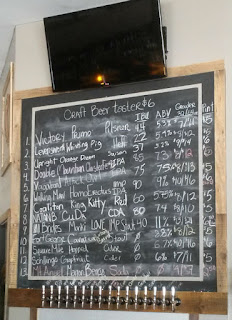 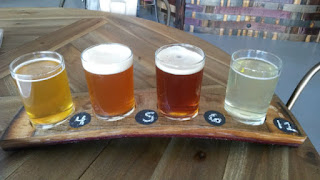 After this, I can envision my ideal snack here as a pulled pork sandwich with slaw and BBQ sauce. And of course, a beer flight from Barrel and Keg.

First Due Smokey BBQ provides a nice BBQ option in Oregon's capital. Check them out! 7.5/10
Posted by Aaron at 11:00 PM