In early June, I stopped by the Guero PDX food cart once again to get my fix. Since my last blog post over two years ago, Guero has expanded to a second location in downtown Portland. Still, this blog post is for the original spot at Pod 28 (SE 28th and Ankeny). 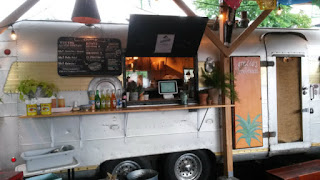 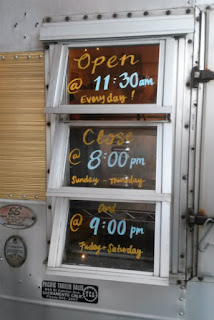 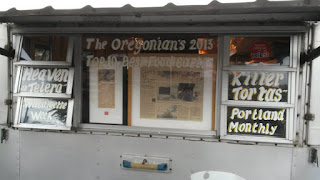 The menu has been slightly revamped at the Pod 28 location. Gone are the tacos I saw in 2013, but the tortas and bowls remain the prominent menu items. All bowls are gluten free. 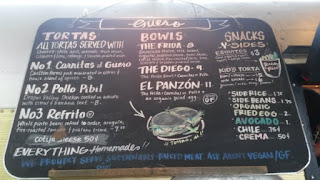 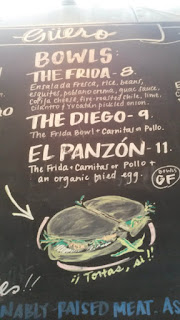 The Diego ($9) takes the Frida and adds your choice of carnitas or pollo.

I got the El Panzon ($11), which takes all the ingredients in the Frida, adds your choice of carnitas or pollo (I picked the carnitas), and adds an organic fried egg. It looks like a roasted serrano on top.

First of all, the presentation is amazing. Very colorful. It's a bed of rice and beans, with the crema on that bed of carbs. Everything comes together nicely. I really enjoyed the carnitas, so juicy and well-prepared. 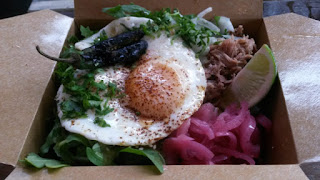 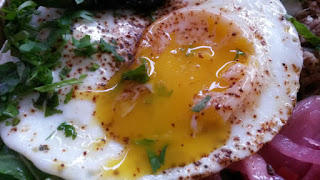 I thought the egg, while great and providing additional protein, wasn't vital to the overall equation. I probably would get the Diego more often than not. Pandas must have their meat fix.

Add some of Guero's carrot habanero sauce! Not too spicy (at least for my palate), but it does pack lovely flavor. 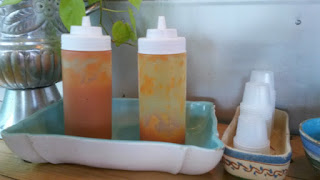 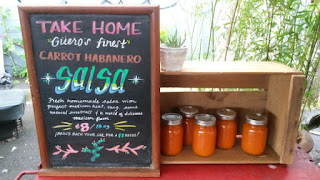 Of course, I went to the Captured Beer Bus and got a Firestone Union Jack IPA to accompany this meal. A kickass combination to cap a delightful evening. 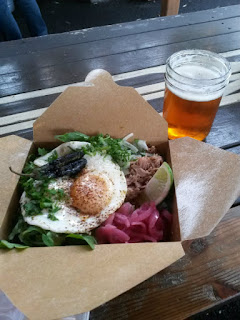 Guero PDX has been going strong for a reason: These people make awesome food! 8.5/10
Posted by Aaron at 11:00 PM