Apparently, it's been over two years since I posted about Pip's Original. I've gone back several times in between posts, but since Pip's has expanded its space, I felt it was time for an update. 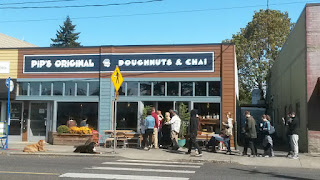 Due to its insane popularity (lines will be out the door, especially on weekends), Pip's has expanded its space, taking the adjacent area next door and creating a larger seating area. A new 700-foot community space.

Over the past several months, a ghost pepper mocha was added to the menu. Ghost pepper and Madagascar vanilla extract, with a touch of pink Himalayan sea salt. The panda naturally gets this extra spicy. 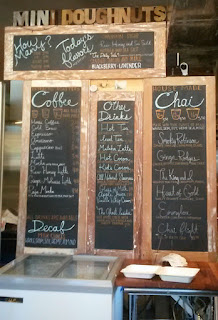 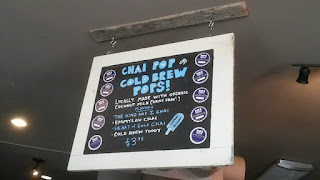 As usual, Pip's is also known for their mini doughnuts. One of their seasonal flavors is the blackberry and lavender jam, topped with powdered sugar. Crispy on the outside, soft on the inside. 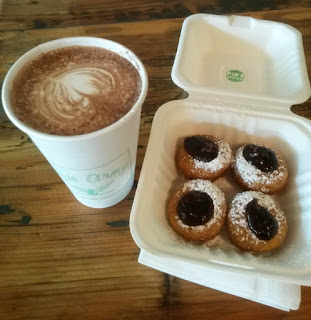 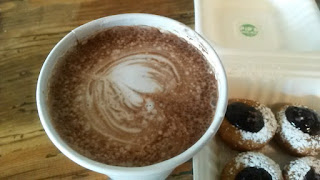 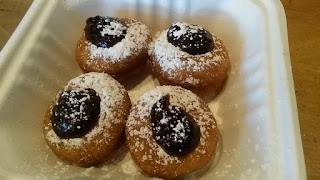 "The Dirty Wu" is one of the most popular choices and combines the three year-round doughnut choices (raw honey/sea salt; cinnamon/sugar; and Nutella/sea salt) into one.

Simply put, you can't go wrong here. If you want chai, you're covered. If you want black coffee, they got that as well. I remember how small the original space was and the expansion was much needed. While a bunch of people may take their doughnuts and drinks to go, more people may likely stay indoors when the wetter, colder weather returns. 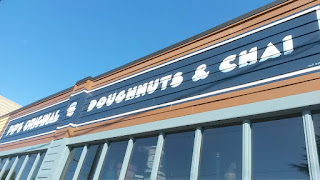