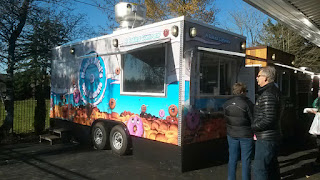 First off, I love the design and logo of the cart. It's also located near the pod's entrance, making it visible to everyone who comes in. The menu has a mix of mini doughnuts (whether cinnamon-sugar or a "signature topping" mini doughnut), biscuits & gravy, and biscuit sandwiches. 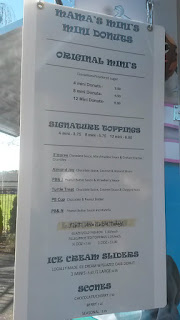 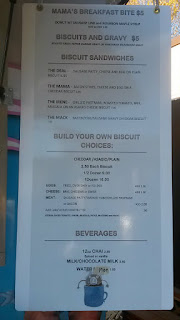 The PB Cup Mini Doughnuts ($3.75 for four; $5.75 for eight; $6.95 for a dozen) are one of six signature topping mini doughnut offerings. Simple chocolate and peanut butter sauces drizzled over the top of some naked mini doughnuts. 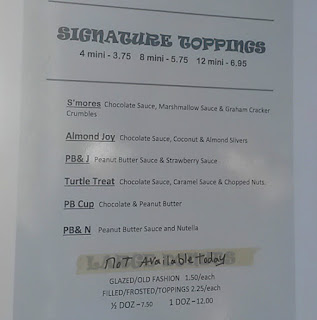 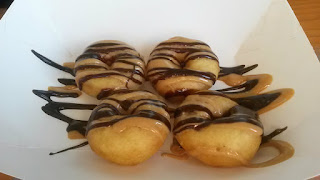 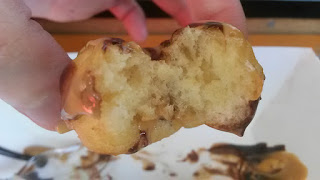 The S'mores Doughnuts (another signature topping) would have likely been my next choice. Chocolate sauce, marshmallow sauce (probably thinner than fluff?), and graham cracker crumbles. Already sounds like sex on a plate.

As noted above, if you're craving a savory option instead, Mama's Minis has biscuits. The biscuits & gravy has choice of sausage gravy or vegetarian gravy. There are four biscuit sandwich choices, or you can construct your own. Three ways to get your eggs, three types of cheeses, four types of meat, along with extras such as tomato, arugula, pickles, mustard, and mayonnaise. Tons of combinations at your disposal. It's really a matter of what you're craving on that particular day. 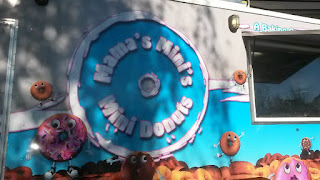 Mama's Mini's is another great addition to the Happy Valley Station pod. Go check them out! 8.5/10
Posted by Aaron at 12:00 AM