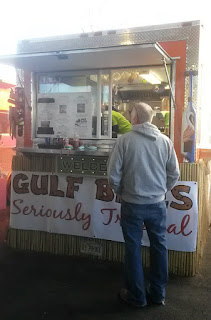 The menu appears to focus on Southern and other cuisines around the Gulf of Mexico. Several dishes with tropical influences. Oh, and hushpuppies on the menu. Woohoo. 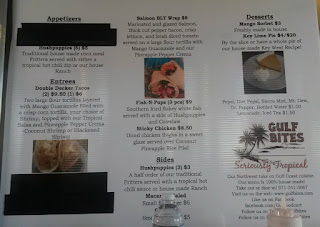 Logic states dessert must be enjoyed first. I started with a slice of Key Lime Pie ($4), since that is traditionally one of my favorite pies. It's their recipe from Key West and it does use real key lime juice. Delicious pie that I devoured in seconds. 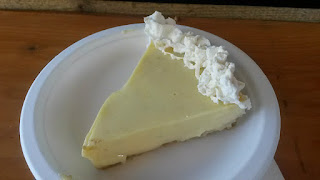 I then ordered Blackened Shrimp Double Decker Tacos ($6 for one; $9.50 for two), a soft flour tortilla on the outside and a crunchy hard-shell taco inside. A layer of mango guacamole separates the two taco shells. Four or five shrimp per taco, topped with tropical salsa and pineapple pepper crema. Huge burst of tropical flavors and pleasurable heat. Immediately became a huge fan. 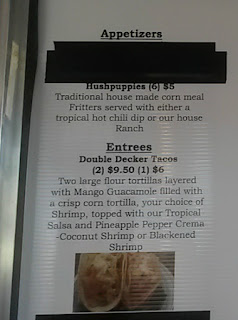 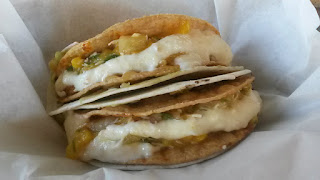 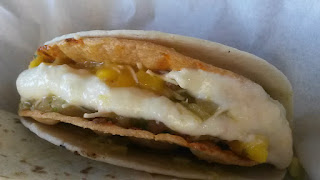 I also noticed the Florida license plate on the cart. Nice added touch. 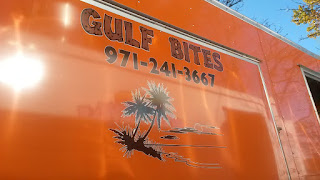 Very good service overall and delicious food. Gulf Bites made a great first impression. 8.75/10
Posted by Aaron at 12:00 AM