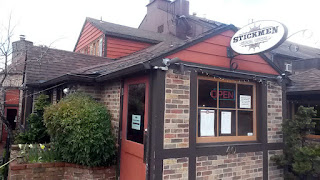 Stickmen's second location opened in Tualatin in late 2016 after maxing out its brewing potential at the original location. The place was formerly known as Stickmen Brewery and Skewery before dropping the "Skewery" portion of the name.

As a note, woodfired pizza (12" pies cooked anywhere from 700 to 900 degrees) is only available at their Tualatin beer hall. 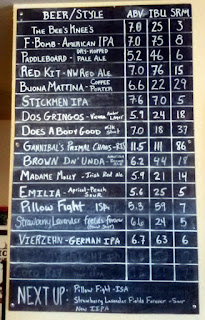 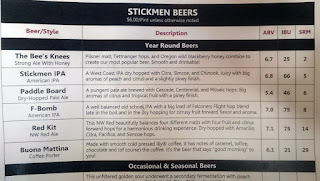 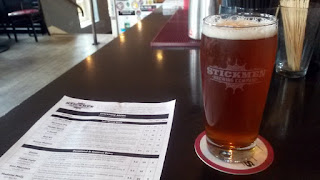 I went during mid-March, just in time for their special St. Patrick's Day menu. The chef informed us that he had just made a fresh batch of all the items on that menu. Sold. 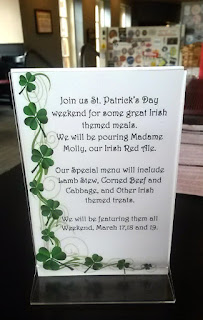 I started with the Lamb Stew ($13): Lamb braised in Stickmen's stout, potatoes, and other vegetables. Very hearty, delicious, and perfect for chilly weather. Very tender meat. It was served with homemade Irish soda bread, which I found more dense than other breads, but still awesome. An ideal choice to sop up the remnants in the bowl. 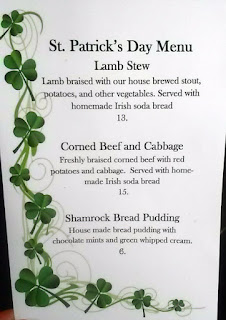 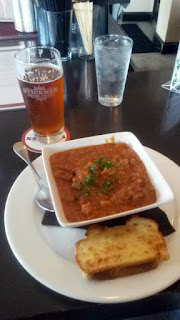 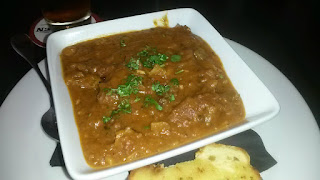 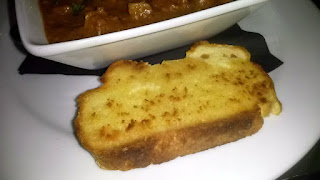 I made sure to leave room for the Shamrock Bread Pudding ($6). Bread pudding with what looked like Andes after-dinner mints, topped with green whipped cream and dusted with some powdered sugar. Yes, it was quite rich, but again very good. Warm bread pudding is the way to go, my friends. 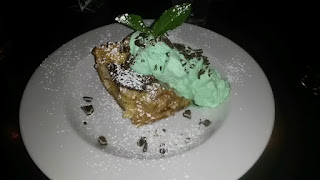 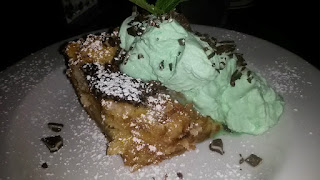 I arrived with a friend a bit after 2 PM, and while the place was mostly empty when we got there, more patrons entered afterwards. I'd probably recommend parking in the parking lot across the street, or perhaps on a side street. 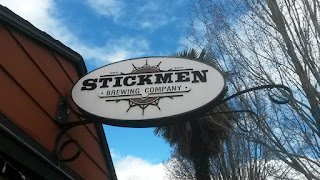 I was surprised at the suspect ratings on Yelp. Complaints seemed to range from lackluster service to average food to unimpressive interior decor. I don't know how the service goes when it gets extremely busy, but everything seemed to go according to plan when I was there. At the end of the day, I'd give Stickmen Brewing a shot and see what your experience is like. 8.25/10
Posted by Aaron at 11:00 PM