Bar Maven is located near SE 63rd and Foster in Portland, Oregon. 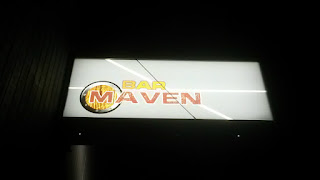 After having a beer at NWIPA nearby on a Thursday night, I had a typical case of the panda munchies and headed a few blocks west to this dive bar (or neighborhood pub, if you will).

The place was packed, but I found a seat at the corner of the bar. One of the guys told me it was "Thirsty Thursdays" night, which probably explained everything. Either that, or Happy Hour had just ended (4-7 PM) and people were still sticking around to watch the basketball games.

The menu has a few Mediterranean items, such as gyros and falafel. Yup, even a gyro burger made its way on there. The appetizers stood out to me the most. There's poutine on there, but even that took a backseat to the item I chose. 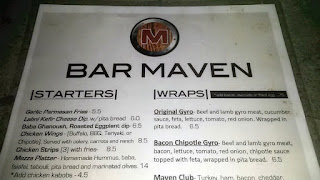 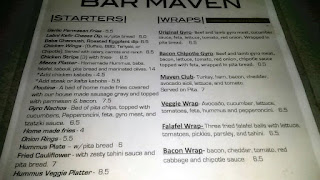 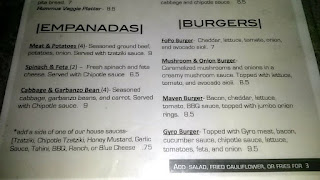 Gyro Nachos. Yup, apparently that's a thing. A bed of pita chips, with some purple cabbage, gyro meat, cucumbers, tomatoes, feta, and tzatziki. Pepperoncinis on top. Again, the place was packed, so it probably took about 30 minutes to get my order. 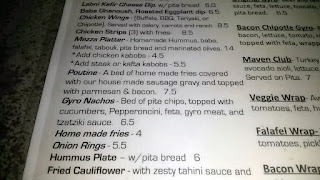 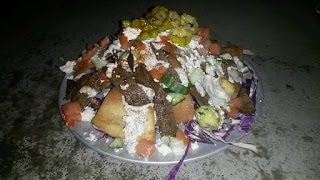 Virtually no complaints here, typical for what I'd find at a bar. Awesome pita chips, crispy, not too hard to bite into. A lovely change from the typical tortilla chips I'd otherwise find in nachos. A good amount of gyro meat and other toppings. I'd probably ask for even more pepperoncinis next time, and perhaps a side of hot sauce. But I'm addicted to spicy, so that shouldn't surprise my blog readers.

The dude behind the bar really motored; he made sure to tend to as many people as he could. Thumbs up there. 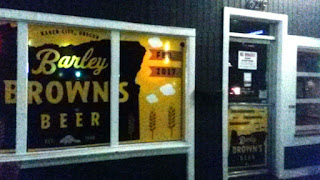 Whether you get there when it's much emptier, or if you stumble into a jam-packed pub, Bar Maven has some great grub and a full bar of alcohol to enjoy! 8/10
Posted by Aaron at 11:00 PM