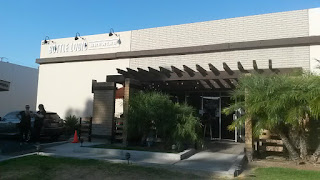 Whenever I head back to Southern California for Vidcon, at least one brewery must be on the itinerary. This year, it was Bottle Logic. I've managed to obtain and enjoy a couple of their beers prior to the visit, but this was my first trip to the brewery itself.

Bottle Logic has five core beers, with several more rotating or limited-time offerings. You can get a sampler or their five core beers for $8, a great deal. You can even ask up front if they have any special beers left in their back refrigerator. 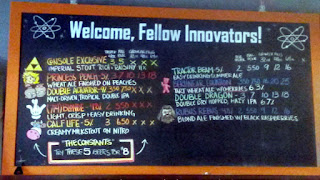 For me, I started with a limited-time release of Double Dragon, their New England-style IPA, released on draft at the brewery on June 24. They had also been releasing various hazy IPAs in cans as part of their Konami series. 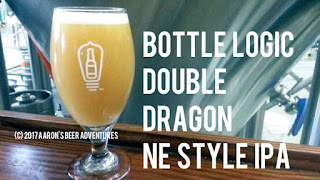 After enjoying Double Dragon, I went back for a 4 oz taster of Console Exclusive, their 11% ABV Imperial Stout. Incredible coffee/chocolate aroma and flavor, while hiding the octane very well. Extremely dangerous and flavorful. 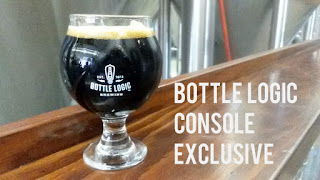 Bottle Logic is a popular spot, and the line never seemed to die down. Still, our group managed to get a section in the back, next to all the barrels of beer. 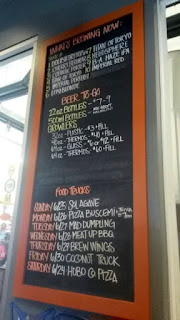 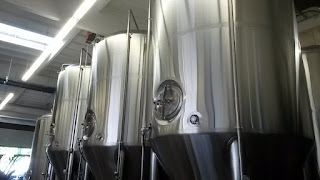 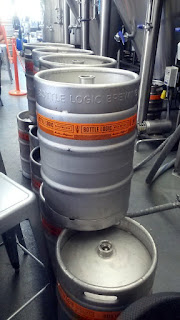 There is a rotating food truck parked in front each day, so you can bring your food in while enjoying your Bottle Logic brew. 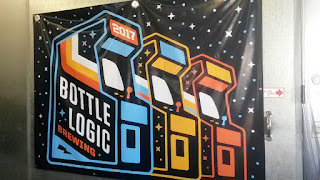