Dinner Bell BBQ is located on SW 9th (between Alder and Washington) in downtown Portland, Oregon. 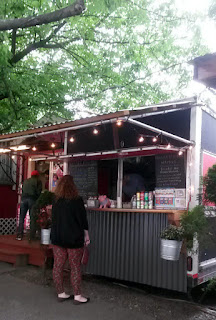 This cart opened around March 2017, and Eater PDX recently gave it a nod as one of Portland's hottest food carts. The owner is an Alabama native, and everything is from scratch.

The menu includes several plates (including shrimp and grits and pork spare ribs) and sandwiches. You can also get a breakfast sandwich, served all day at the cart. 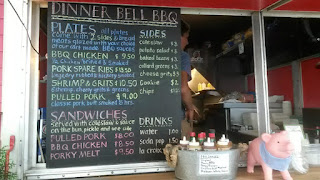 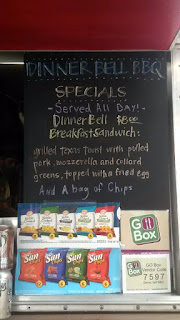 I went with the pulled pork sandwich ($8), which already comes with cole slaw and a choice of sauce. After a quick sampling, I chose the Carolina Gold Mustard sauce. If you don't give a sauce preference, the default will be their original sauce. I picked baked beans as my one side. It probably took about five minutes to get my order. 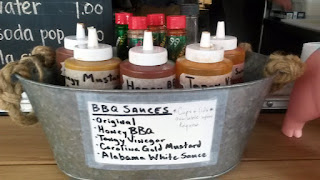 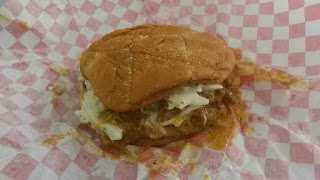 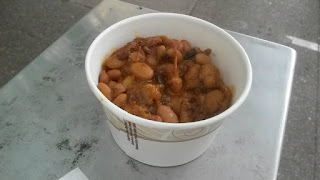 I loved the sandwich, from the tender, juicy pulled pork and the crunchy slaw, to the toasted bun. It will get a bit messy, but the flavor and quality are all there. The baked beans were good, a nice complement to my sandwich.

I truly was torn between getting the sandwich and trying their shrimp and grits. Perhaps the latter will be for next time.