While at Vidcon 2017, I headed back to Roscoe's Chicken & Waffles to get my fix. 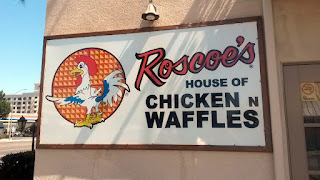 People had been telling me that Roscoe's was shuttering soon, but those rumors dated back to last year, when articles surfaced about Roscoe's parent company filing for Chapter 11 bankruptcy. A former employee had also sued for wrongful termination and discrimination in 2015, leading to the Chapter 11 filing. The former employee received a $3.2 million award (some articles say a jury verdict, while others say it was a settlement). Roscoe's had accumulated millions of dollars in debt.

Earlier this year, Roscoe's had planned to open a San Diego location before putting those plans on hold. Still, I haven't found any concrete evidence of them actually deciding to close.

But hey, when your hotel is literally a block from their Anaheim spot, why not go?

Roscoe's Anaheim location gets extremely popular for being close to Disneyland, but with Vidcon also in town, the place was that much more crowded. Large parties could face over an hour wait if coming at the wrong time. Still, you'll eventually get in, and with the summer sum beaming down, the servers may come out and offer water to the people on the wait list. 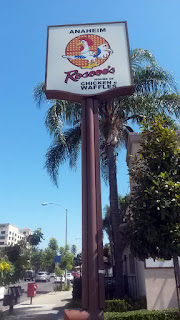 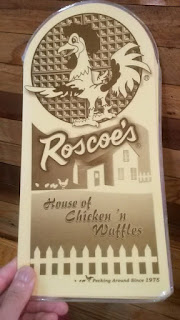 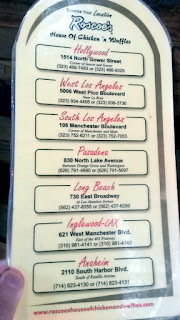 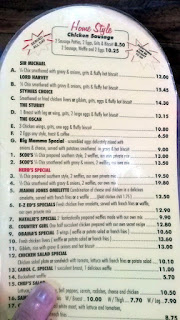 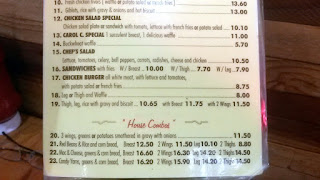 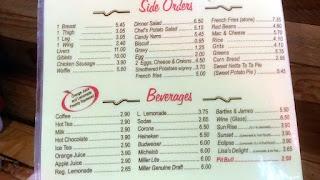 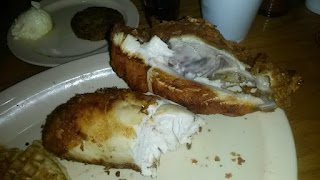 For the heck of it, I also tried their chicken sausage patties ($3.90 for a side order). It basically tasted like typical pork sausage to me. 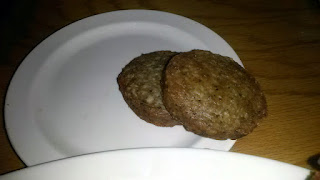 I'm not sure what the true fate of Roscoe's is, but if it's there next year, my friends and I are likely going again. It's become a tradition with our group, after all. 8/10
Posted by Aaron at 11:00 PM