Honolulu Beerworks is located on Cooke Street in Honolulu, Hawaii. 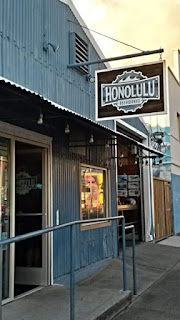 Located 2-3 blocks from SALT at our Kaka'ako and minutes from Ala Moana, Honolulu Beerworks is in an artsy area of Honolulu. There's metered street parking for most of the day, but by dinnertime parking is free.

Honolulu Beerworks is easily the type of place I would see in Portland. A dog-friendly brewery with several beers on tap, and excellent food. The interior is mostly minimal, with tables/chairs and a bar spot, with more tables/chairs on an adjacent outdoor patio space. It looks like a spot that was once a small warehouse. 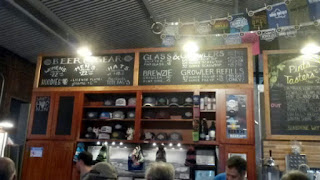 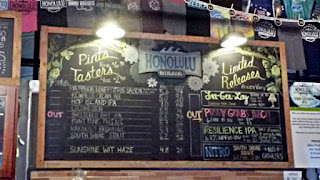 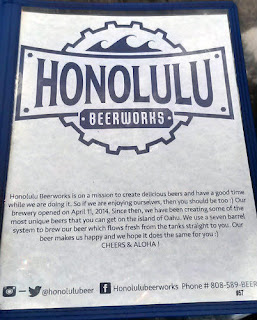 The Pulled Pork Sliders ($11) are awesome here. House-made pulled pork and house-made slaw on Hawaiian sweet rolls, with a Carolina mustard BBQ sauce. There's three to an order, but you can get an extra slider thrown on for $3 more. 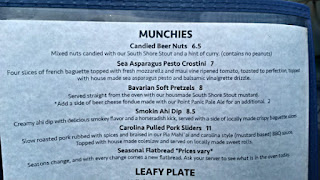 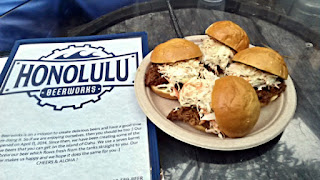 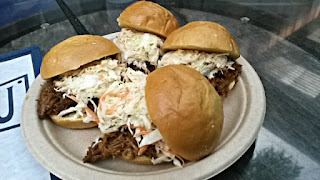 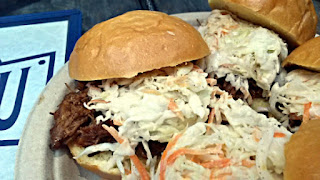 Excellent sliders here. Juicy and tender pulled pork, with a crunchy slaw that doesn't have a lot of mayo. The tang from the mustard BBQ sauce brings it all together. The roll has some density to it, so it can hold everything together without collapsing. From a ratio standpoint, I probably could have used a bit more pork or slaw, or not as thick a bun on top, but a very good appetizer.

I tried two IPAs from Honolulu Beerworks, 4 oz tasters that were $2 apiece: 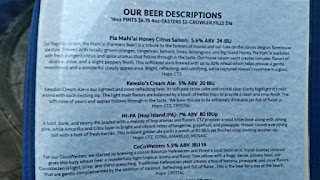 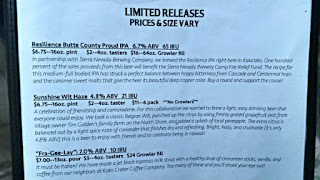 If you want an outstanding brewery in Honolulu with great food and beer options, Honolulu Beerworks is a place to check out. 8.75/10