Matt's BBQ Tacos is located on SE Hawthorne, in the food cart pod between SE 32nd Ave and SE 32nd Place, in Portland, Oregon. I stopped by on the cart's second day of business. 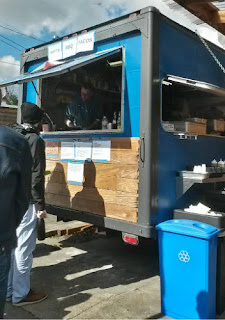 With Matt's BBQ already a juggernaut in the Portland BBQ scene, it was only a matter of time before Matt Vicedomini opened a spot completely devoted to tacos using his BBQ creations.

Not surprisingly, at the time, Matt's only had paper menus and signage taped to the cart. 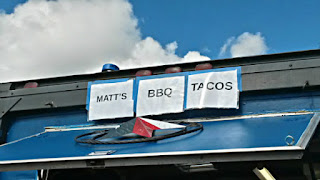 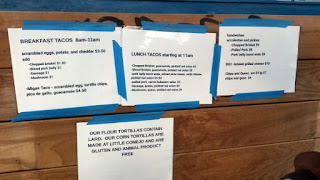 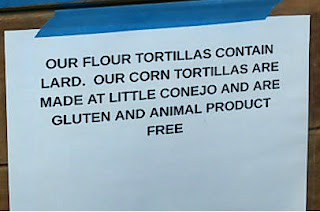 From 8 AM to 11 AM, Matt's dishes out various breakfast tacos. You can get them with scrambled eggs, potatoes, and cheddar, with choice of meat. There's also the Migas Taco that includes tortilla chips, pico de gallo, and guacamole. Breakfast tacos will be anywhere from $3.50 to $5 each. 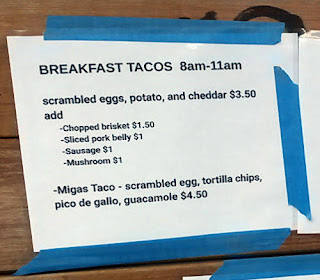 At lunch, the menu switches to make the BBQ more of the star. My friends and I shared several tacos to try for science. We got there just in time, when they were running out of flour tortillas. 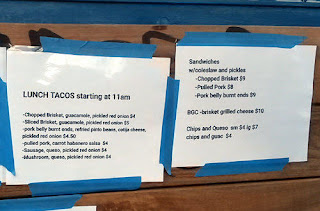 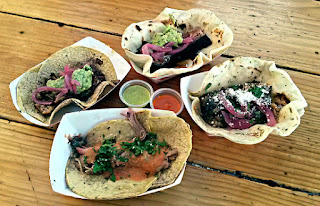 The sliced brisket ($5) included guacamole and pickled red onions. We got it on a flour tortilla. Far and away our favorite for its simplicity. Smoky, juicy, tender brisket. Loved the acidity and crunch from the red onion, and the creamy guacamole gave it an extra dimension.


The chopped brisket ($4) had the same guacamole and pickled red onions, so we got that on a corn tortilla instead. Awesome corn tortilla. I have no preference between chopped and sliced brisket when it comes to tacos, so I might end up going the chopped-brisket-on-flour-tortilla route in the future (note that chopped brisket is a dollar less, but presumably you may get more meat with it sliced?).

Pork belly burnt ends taco ($4.50) includes refried pinto beans, cotija cheese, and pickled red onion. I think the beans distract me from the burnt ends a bit too much here and also make it a heavier taco overall, but everything is good. I definitely recommend the flour tortilla with this.

My friends and I also loved the pulled pork taco ($4) which only otherwise gets cilantro and a carrot-habanero salsa. I don't get a lot of habanero flavor or heat in this; it's more a sweet salsa (from the carrots) with mild heat. But that tender pulled pork is to die for. On a corn tortilla, it's nice. For me, I'd probably ask for future pulled pork tacos on their homemade flour tortilla.

Their verde salsa and habanero salsa are also in squeeze bottles near the cart, if you need more. 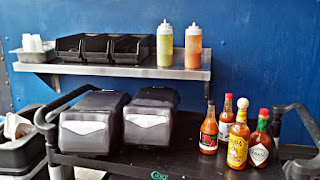 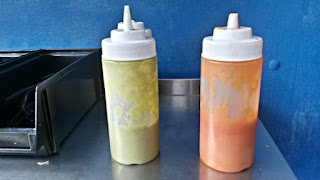 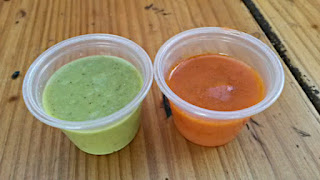 Vicedomini also has a third endavor, Eem, that he recently opened with two business partners to create a Thai BBQ fusion concept. You know that's also on my list.

Yes, the taco cart also sells sandwiches. And that Brisket Grilled Cheese ($10) may also be a must-try, since I don't think that's at the Mississippi BBQ cart. Even if it is (or will be), people in SE will be happy to not have to drive further to enjoy Matt's BBQ creations. 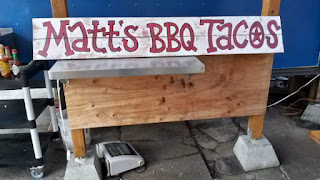