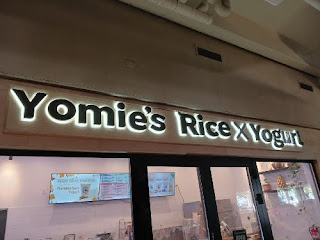 Hawaii recently got a Chick-Fil-A at Ala Moana, but with the lines snaking out of the food court to the outside, that instantly became a no-go. Yomie's became the alternative spot to get something small for the time being.
According to the Ala Moana page, Yomie's started in Australia and expanded through Asia before opening its first store in Hawaii earlier in 2022.
Yomie's is known for their yogurt drinks, which contain probiotic yogurt for digestion. Customers can also add purple rice, a sweet, chewy grain that adds more protein and fiber.
The menu has anywhere from 16-20 drinks, a couple rotating seasonal options among those. Menu sections include oat series, fruit series, and special flavors. It looks like there's only one size available, which probably also saves on costs (one type of cup vs. 2-3 cup sizes). Patrons can add the purple rice for 49 cents extra. 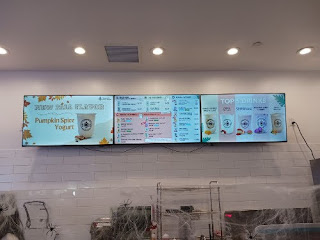 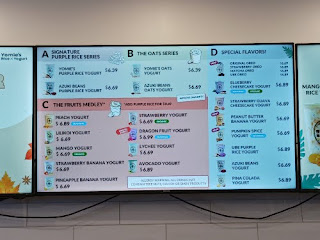 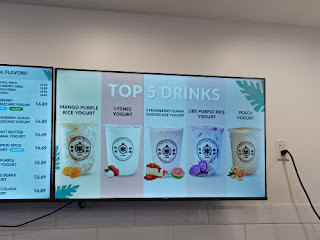 On this trip, I opted for one of the top sellers, the Strawberry Guava Cheesecake ($6.89). As expected, it's delicious. More guava-forward than strawberry, as guava tends to be a stronger fruit flavor. I got the richness and slight tang of the cheesecake. It's a good drink, especially if you like guava. 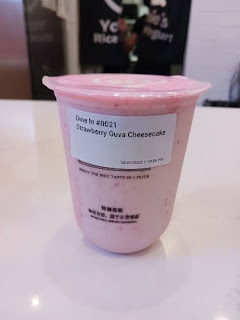 I asked my friends who got the purple rice in their drinks. They liked the rice because it provided some texture contrast (chewy). With the drink itself providing the flavor, the rice might be mainly there for texture and added protein/fiber. The rice also makes the drink more filling.
Yomie's has a rewards card where you'll get a free drink after buying 10. 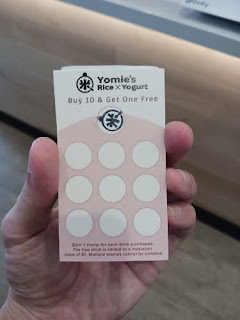 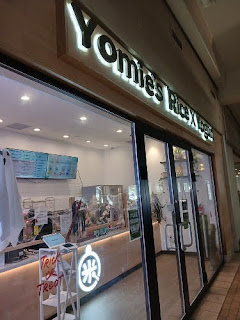 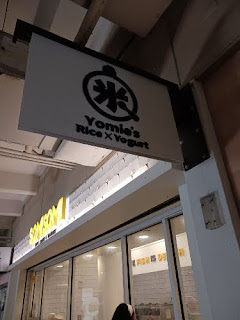 I think Yomie's has a wonderful array of drink choices. After being there for a few months, there's maybe a more normal line as opposed to the frenzy new places tend to get at Ala Moana. 7.25/10
Posted by Aaron at 12:00 AM