Not surprisingly, there are several L&L Hawaiian Barbecue spots in Hawaii. This blog post only covers the location on Waialae Avenue, not far from St. Louis School. 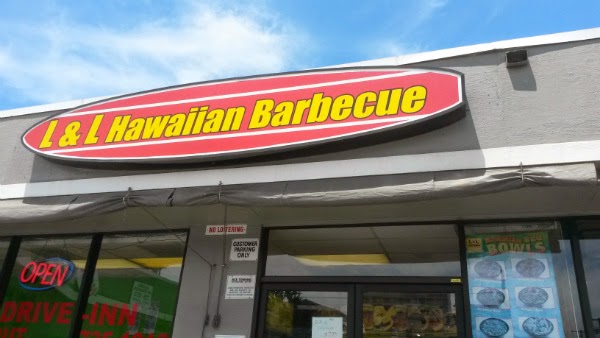 Again, a place I regularly stopped at when I was growing up. I'd remember buying Loco Mocos, Hamburger Steaks, and Chicken Katsu plates until fluffy panda mode set in. Then I'd keep eating anyway to show my awesome logic. 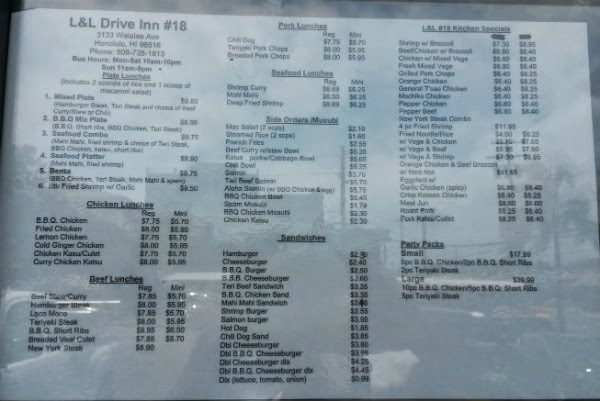 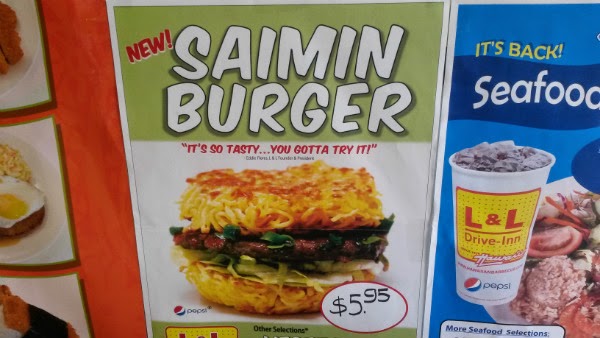 I returned because I had heard so much about the Saimin Burger being sold here. It's basically Hawaii's version of the Ramen Burger that had gained so much attention since its debut last summer. I remember when people in Hawaii started promoting the Saimin Burger and a lawsuit sparked -- not because of the burger, but for using a person's likeness (brother of the Ramen Burger creator) without consent. Eventually, any legal buzz died down.

Basically the Saimin Burger is a beef patty, lettuce, and probably some teriyaki glaze. I felt it needed something more to really bring everything together, like a sriracha mayo. The ramen "patties" were like cake noodles: hard and crunchy on the outside, an al dente cooked noodle touch on the inside.

VIDEO OF THE SAIMIN BURGER:


There are L&L spots on the mainland these days, generally up and down the West coast. There's even one in Portland.

The Saimin Burger is fine for what it is, but probably too much of a novelty for me to get more than once. Frankly, I'll stick with the regular plate lunches. 6.5/10
Posted by Aaron at 11:00 PM