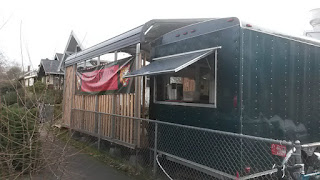 In place of Han's usual menu, only two menu items were available for the event: a Kalua Pig with KJG Short Rib plate, and a Huli Huli Chicken plate. Both were $16. I got the Kalua Pig plate lunch, since it offered the most variety. 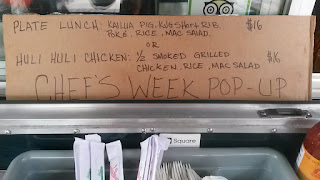 Excellent poke. Han's short ribs were amazing as usual. The kalua pig was the star for me on this day, as the smokiness and char hit every bit of the juicy, succulent pork. Even the mac salad -- which to me is just as important as the proteins -- was good. 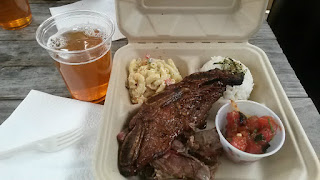 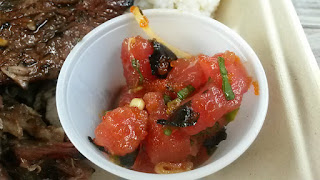 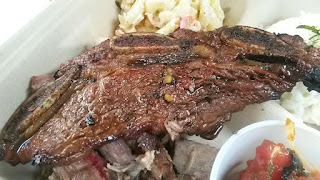 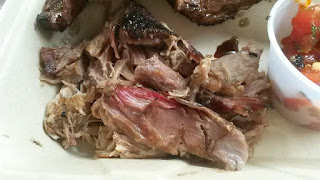 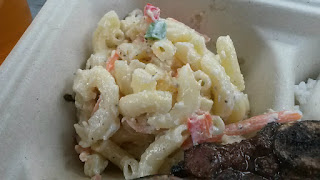 Since the meal was on the pricey side, free beer totally made it better. Double Mountain's "Come Together" is a pale ale specially created for Chef's Week. Doug Adams (Imperial), Adam Sappington (Country Cat), and Rick Gencarelli (Lardo) combined with Double Mountain for this creation. We got some fresh beer for the February 6 event; it had been bottled on January 26. 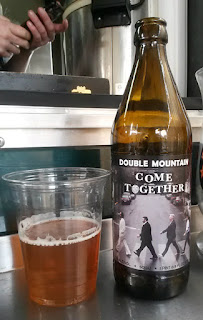 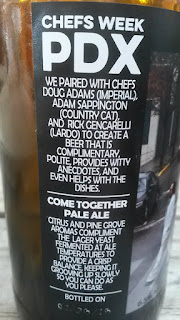 The event started at noon and I got there at about 12:30. Frankly, I'm glad I got there when I did. The last of the beer was already being handed out, and from what I gathered, they were sold out before 2 PM.

And yes, if you have not had food from Han's Kim Jong Grillin' cart, I consider it a must-stop if you're from out of town. Everything on that menu is outstanding. 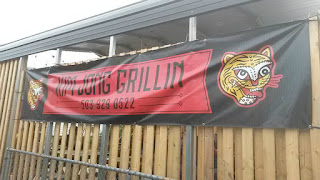 Huge thanks to everyone for putting on an awesome event!
Posted by Aaron at 12:00 AM