After being a successful food cart in Portland for about three years, Pierre and Annebelle have made the transition to brick and mortar. They now have a spot inside The Lumberyard off NE 82nd in Portland. And yes, their downtown food cart is still open as of this blog post. 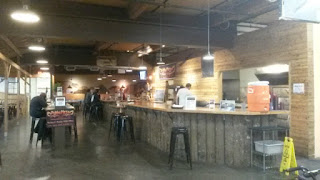 I paid a surprise visit in mid-January, mainly because I wanted pizza and beer. Pulehu Pizza is on the right side of the building as you enter The Lumberyard.

With increased space (compared to a food cart), Pulehu Pizza has slightly expanded their menu. In addition to their salads and core lineup of pizzas, they also offer Bacon Maple Peanuts, hot dogs (using the ones from Sheridan Fruit Company), and perhaps a rotating pizza special. 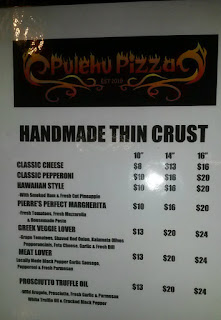 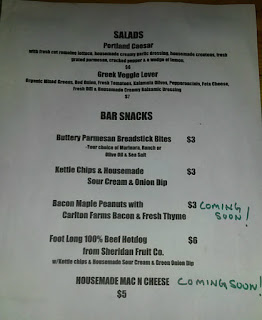 Beer of choice today was the Victory IPA ($5 per pint). There should be anywhere from 5-8 taps rotating here, depending on keg size and what they can get. Yup, you can also get Culmination Brewing beer here! 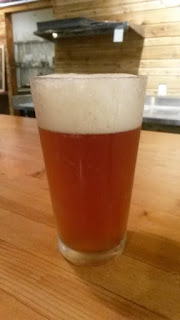 Bacon Maple Peanuts ($3) are glorious and made with Carlton Farms bacon. 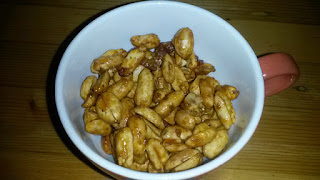 There are pizza ovens in the back now, so while it appears to be deviating from the "grilled" concept ("Pulehu" is Hawaiian slang for "grilled"), the quality remains superior.

I had to try their special Brunch Pizza, which contains hot dog slices, chorizo, and a cage-free egg cracked in the middle. The pizza comes out of the oven and gets topped with some green onion. This may become my other go-to pizza here (the Margherita always being my #1 choice). Just a stunning presentation. I wanted to eat a large pizza so badly. 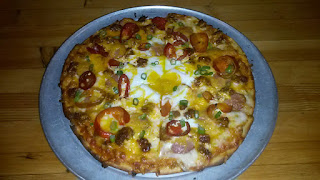 Honestly, I am surprised more pizza places don't offer brunch or breakfast pizzas. Heck, I also believe dessert pizzas have a place on the menu. Pulehu Pizza pulled off the dessert pizza route for a time before focusing on their savory core pizza lineup.

When Pierre mentioned mac and cheese ($5), I had to try it. It's made with a simple cheddar sauce, but add bacon, elbow mac, and panko, and it becomes heaven. Perfectly cooked pasta. 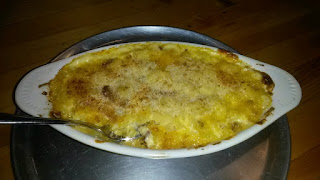 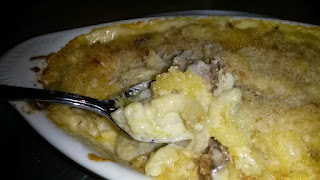 I also sampled some beers from an upstart Portland nanobrewery, Gateway Brewing. I enjoyed both Exit 7 IPAs the most. Their session IPA even has 60 IBUs, while their Ramped single IPA (6% ABV) boasts a whopping 100 IBUs. I also liked the Wood Hill Stout and Mahogany Lager. 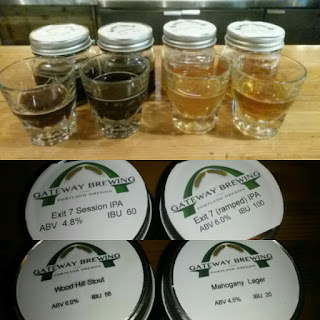 This should be a great spot for Pulehu Pizza. The Lumberyard is an ideal spot for family birthday parties and young adults. It's really a spot where all ages can be found. 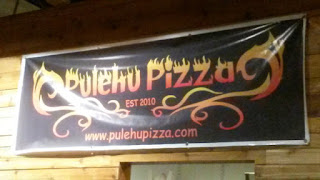 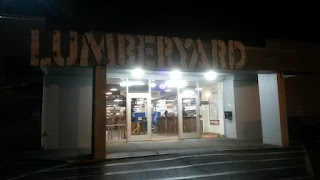