I attended the 2016 Nano Beer Fest at Johns Marketplace, which ran April 9-10, 2016. Due to my hectic schedule, I was only able to go the first day. Here's a recap of my experience: 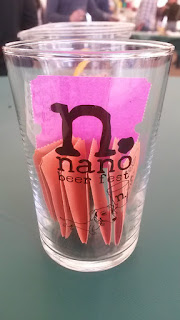 The whole event was in a large white tent adjacent to Johns Marketplace. If you were a designated driver, you got free soda all day. Otherwise, it was $20 for a taster glass, a raffle ticket, and 10 drink tickets. A bit pricey, especially if you were not using up all your tickets. Extra tickets were $1 each, if you wanted more beer.

I received a program with my glass and tickets. Turns out that there were additional beers being offered that were not in the program. And since this was being run over two days, only half the beers were being offered on the first day, with the other half getting tapped the second day. Moral of the story? This is an event you probably want to show up both days.

Here's what I got (all one ticket half-pours), plus my notes/comments on each: 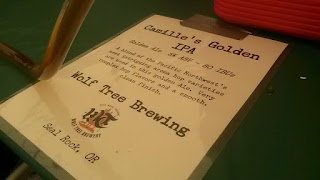 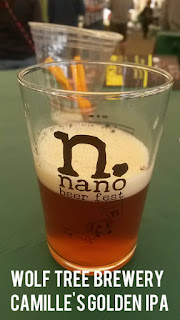 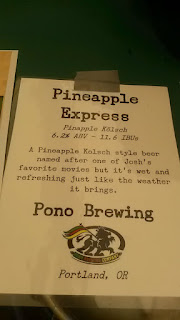 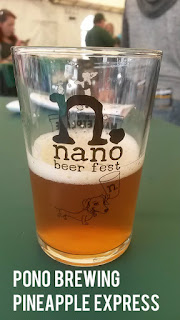 Hot Scotch (Scottish Ale w/ Peppers) from Boring Brewing: Listed at 8% ABV and 20 IBUs. Sweet aroma and initial flavor, slight malt, heat hits your throat, not too overwhelming, may take non-chileheads for a ride. Warms you up. 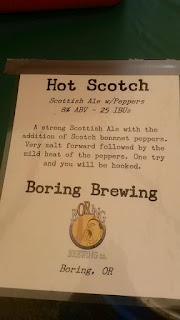 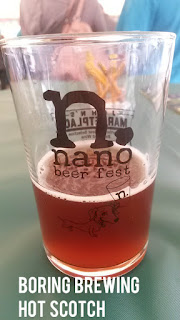 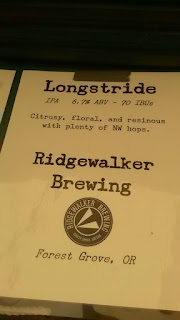 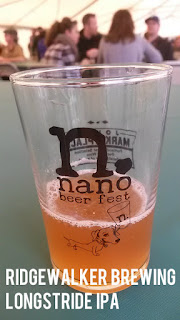 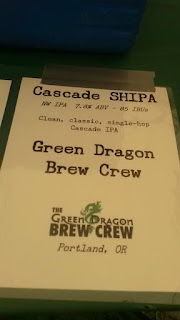 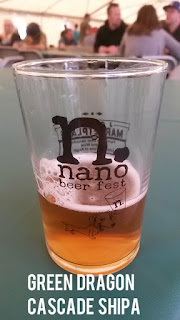 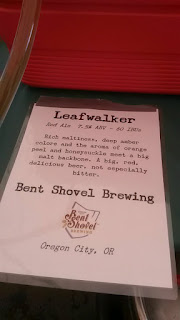 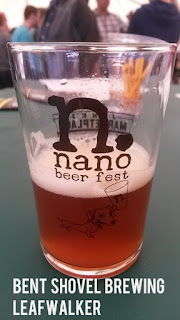 Pretty much any IPA noted on the program that I did not get to try were unavailable at the time I went. Otherwise, I would have gone after those first.

Limited food options were located near the entrance/exit. You could get smoked sausages on a stick for $2. Chips were $1.50 and bottled water was $1. The Louisiana Red Hot sausage was great. Added some mustard, and I was a happy camper. 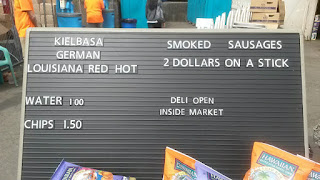 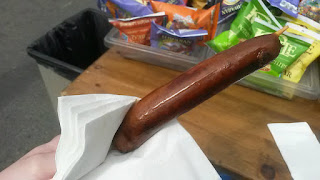 This event was a good one to get the very small breweries some much-needed exposure. Still, a side of me wishes that the upfront costs were cheaper (maybe fewer tickets sold at the outset?). There was always the option for extra tickets anyway.

At this point, I am unsure if I would go to next year's event. Still, a positive experience overall.
Posted by Aaron at 11:00 PM