Hey Stella's Cocina is located in a mini food pod at the corner of SW 35th and Multnomah Blvd (across from Johns Marketplace) in Portland, Oregon. 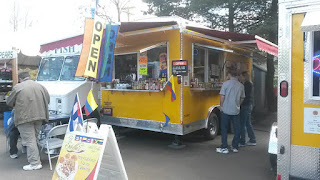 Since I don't always get out to this part of Portland, I decided to check out this mini pod in early April. There are generally four carts here as of this writing.

Stella's has an array of Latin American-inspired cuisines, including food from Jamaica, Cuba, and South America. I decided on two awesome menu items. 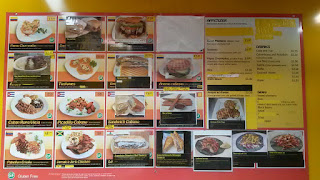 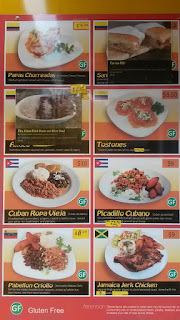 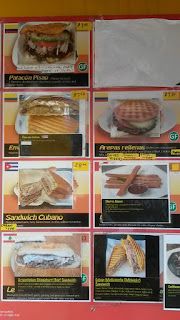 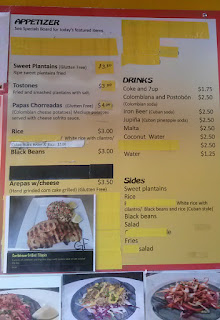 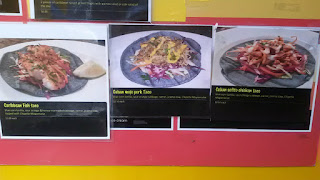 Since pandas eat dessert (or sweet snacks) first, I wolfed down their churro ($1.50), a fried dough stick dusted with cinnamon sugar. It's right on par with the great churros I've had at Churros Locos and 180 Xurros & Xocolata. Very crunchy and full of cinnamon sugar. 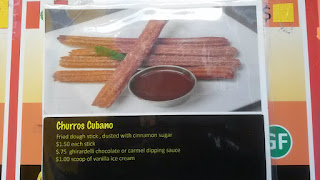 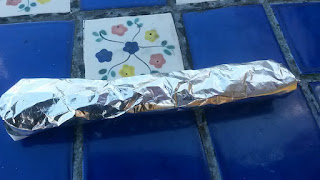 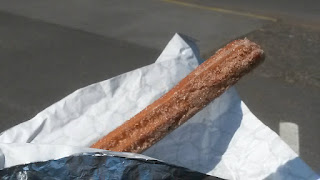 I had initially contemplated getting a Cubano, but simply couldn't pass up the Argentinian Chimichurri Beef Sandwich ($8.50): Slow-cooked shredded beef topped with provolone on pressed/grilled bread and served with chimichurri dipping sauce. 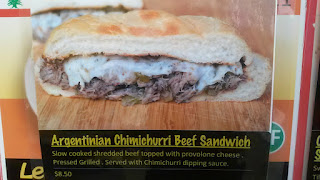 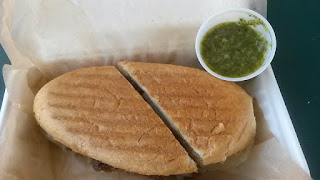 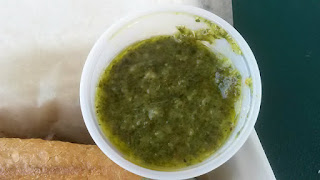 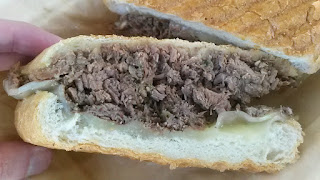 I was astounded at the amount of meat heaped on this sandwich, probably one of the few times such a ratio exceeded my expectations (and in a good way). Juicy, flavorful beef here - and a few millimeters thick of just protein, too. As advertised, crunchy pressed bread. Chimichurri on point. Simply glorious.

You'll pick up your order on the side of the cart which faces SW Multnomah, and there lies perhaps the largest collection of hot sauces I've seen at any food cart. If that's not enough for you, Stella's also has three cart-made hot sauces. Their "extra hot" sauce packs a good punch and contains ingredients such as habaneros, Thai chiles, and sofrito (a base that includes bell peppers, onions, garlic, and tomatoes). 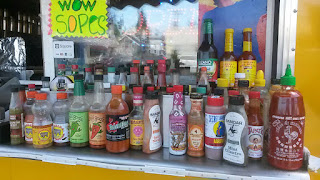 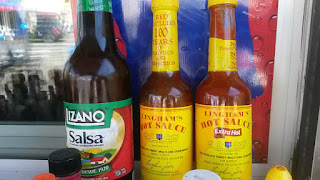 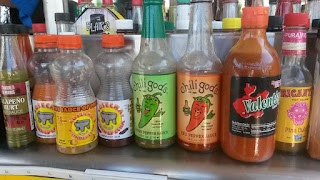 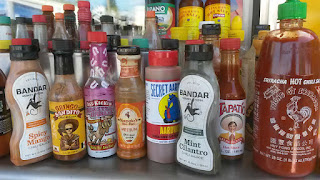 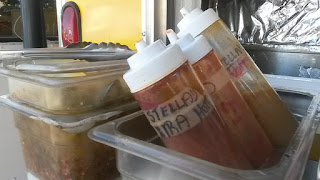 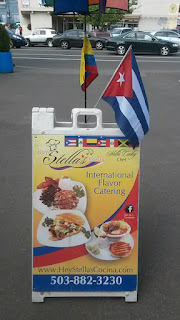