Nineteen27 S'mores is generally located at the corner of NW 23rd Avenue and Kearney in Portland, Oregon. They may also be spotted at some other pop-up events. 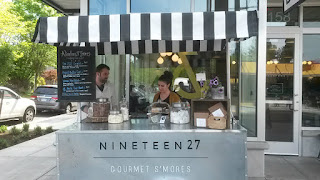 A couple of my food cart friends had been here and gave the cart rave reviews. I wanted to try their s'mores, but figured I'd get there in due time, as the Pearl District tends to be beyond busy with traffic. Sure enough, while I strolled on SE Division in mid-April (just enjoying the sun and eating), I spotted Nineteen27 S'mores small cart set up outside Dapper & Wise Roasters.

James and Elise started their s'mores cart last year. Elise grew up in the Pacific NW, where s'mores was also a big part of her childhood (along with hiking and camping). The name for the cart? A girl scouts booklet from 1927 apparently contained the first s'mores recipe.

All the ingredients for the s'mores are cart-made, from the graham crackers to the spreads, to the marshmallows. There are various marshmallows to make different types of s'mores. 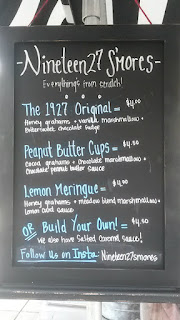 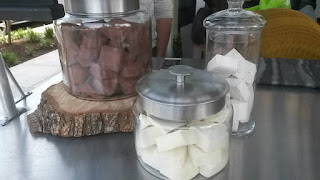 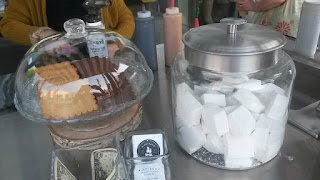 I went with The 1927 Original ($4): honey graham crackers, vanilla marshmallow, and bittersweet chocolate fudge. The thick marshmallow (which you can clearly tell is homemade) is torched right in front of you. Super cool to watch. 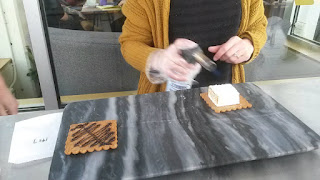 It's an awesome s'more. Graham cracker breaks off quite easily. Right amount of chocolate with the marshmallow. You'll get a wet nap with your s'more -- and you'll need it for your face and hands later. 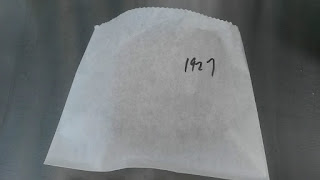 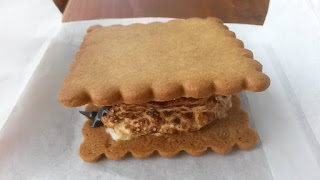 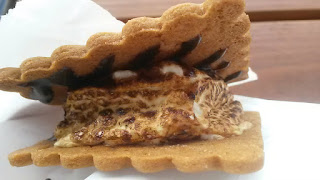 During the season, Nineteen27 S'mores is open during the evenings on Fridays (5-11 PM), Saturdays (5-11), and Sundays (5-9). Although this appears to be a seasonal cart, I'd eat these any time of the year. Just imagine if they also served hot chocolate or coffee as well.... 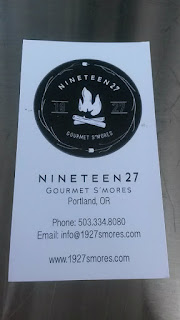 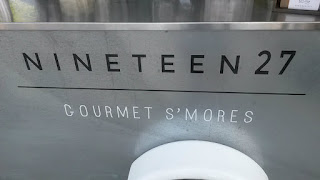