Fat Dave's is a 24-hour diner located at the corner of NE 99th Street and Hwy 99 in Vancouver, Washington. 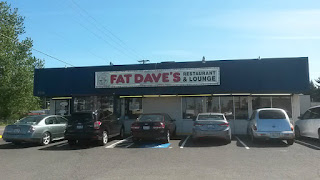 If you're in the mood for a greasy breakfast spoon experience, Vancouver (Washington) seems to have its fair share of places to choose from. Unlike other places in the area, however, Fat Dave's stays open around the clock, just in case you have the midnight munchies.

The interior (and exterior, frankly) is dated and feels at least a couple generations old.

As usual, my favorite meal is breakfast/brunch. While Fat Dave's has the usual breakfast and lunch options, I gravitated towards the breakfast specials. Of those specials, one of the servers stated that #1, #5, and #6 tend to be the most popular choices.

I went with the #5 Ron's Special ($10.29): Hash browns with green peppers, onions, ham, and cheese, all doused with brown gravy. Adding country gravy would be $1 more, but I stuck with the brown gravy this time. 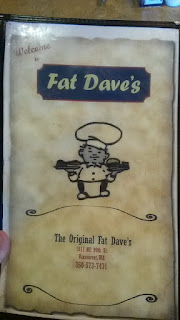 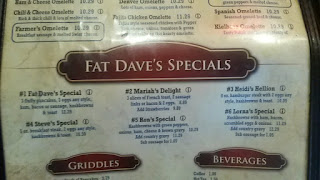 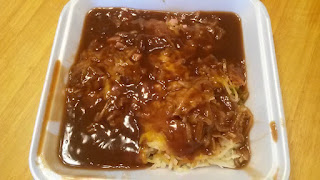 Overall, it was a decent, straightforward meal with no major complaints. I didn't get as much cheese as I thought I would be getting, however. 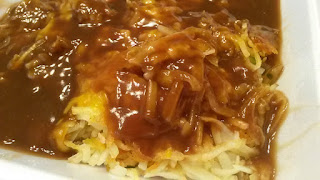 In terms of portion size, it's your normal-sized serving, as opposed to other spots that make you call for extra stomachs as backup.

Another possible special I'd consider in the future is #3 Heidi's Hellion ($10.09): 8 oz. hamburger steak with 2 eggs any style, hash browns, and toast. Otherwise, I'd likely default to some of the omelets on their menu. 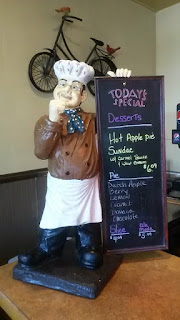