OP Wurst is located inside Pine Street Market (SW 2nd and Pine) in Portland, Oregon. It is Olympia Provisions' space exclusively devoted to their house-made frankfurters. 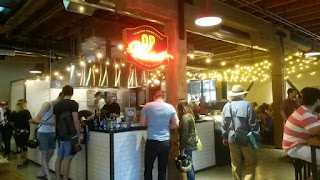 What started as their "Frankfurter Fridays" at Olympia Provisions four years ago is now a stand-alone space in downtown Portland. There are anywhere from 14 to 20 hot dogs on the menu, all with various toppings. Unless otherwise noted, each dog uses their uncured foot-long frankfurter made with pork shoulder and inside a natural casing. 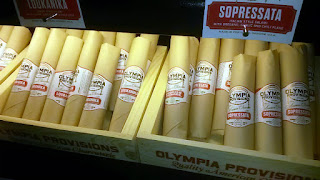 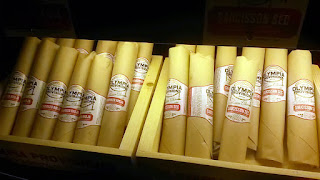 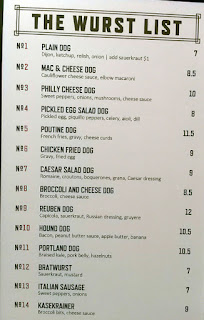 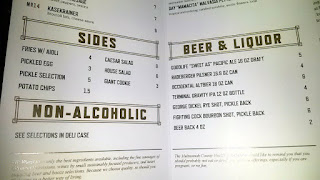 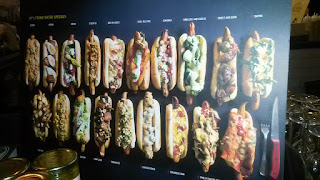 I stopped at "Poutine Dog" ($11.50) and immediately ordered it. French fries, gravy, and cheddar cheese curds. I'm sure Olympia Provisions knew my weakness from the start. 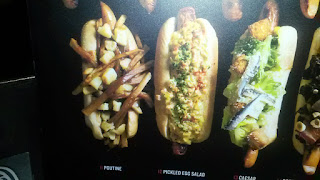 The best part, not surprisingly, was the frankfurter. Excellent spices, great snap from the natural casing, and simply awesome to see the meat longer than the bun itself. Curds were good, but were orange cheddar curds and unlike the white curds shown in the picture. Not sure where they got them from, but it could be Tillamook if they wanted to stay local (or at least within Oregon). 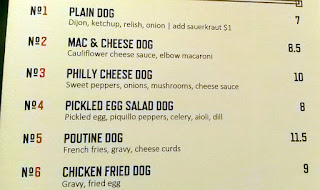 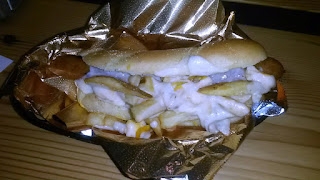 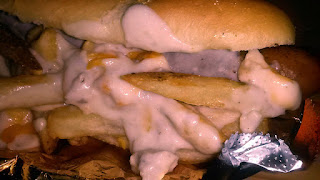 As for the gravy, it too was fine, yet it appeared they used a white/country gravy as opposed to the brown gravy I was expecting. The fries were acceptable but again not like their picture. It looked much more attractive in the photo (golden brown long frites and not the light-colored spuds on mine).

I was told that I could have added an optional egg on top, but unless it was the best overeasy egg on the planet, it would not have changed my opinion.

Don't get me wrong, the dog was good and the flavors were fine. I'm definitely nitpicking on the presentation, but mainly because I'd like to actually get what is in the photo. And at the end of the day, it honestly did not feel like an $11.50 hot dog - but that's probably the minimum price I'd pay at an MLB ballpark.

Frankfurter choices likely more worth my buck could include the Mac and Cheese Dog ($8.50) and the Italian Sausage ($7; with sweet peppers and onions). 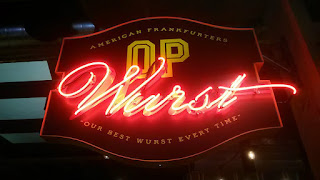 OP Wurst confirms that they make kickass sausages. Perhaps I'll head back at some point to try some other offerings. 7.5/10
Posted by Aaron at 11:00 PM