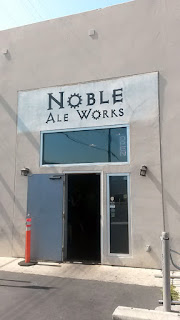 Because the panda must enjoy some tasty local beer on his trips, a trip to Noble Ale Works was a must. They don't ship to the Pacific Northwest and bottle only a few of the beers on their taplist.

My friend from Main Event Pong was gracious enough to drive me here. We also got here just in time, because right after we found a table to enjoy the beer, the line got long. Out the door long. All I'll say is that there were more than 37 people in that brewery by the time we left. 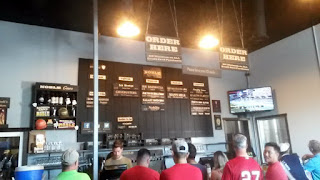 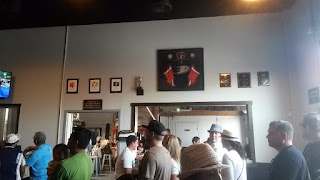 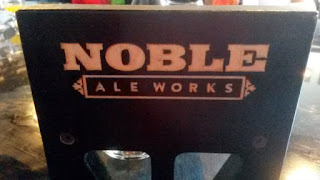 For about $13, I tried five different beers, all mainly IPAs. 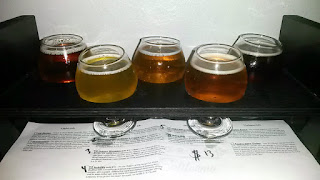 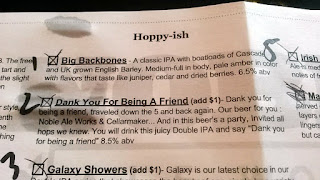 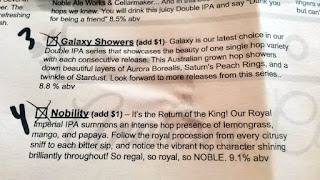 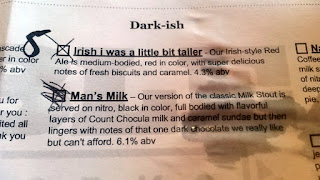 BIG BACKBONES: Single IPA at 6.5%. Copper color with lovely tropical backbone. The juniper and berries noted in their description were detected more on the aftertaste. I didn't get any cedar at first, but then got hints of it as the beer got more to room temperature.

DANK YOU FOR BEING A FRIEND: Golden color. Incredible on tropical and dankness. 8.5% ABV Double IPA. Very similar in my book to Block 15 Sticky Hands, a Double IPA out of Corvallis. This basically was the winner for me, both in name and taste. Yes, they even have a shirt that you can buy to drink with this beer. Yes, I would travel down the 5 and back again for this -- and from Portland, that's a long-ass trek. Not surprisingly, this is one of their most popular beers (see ratings on Untappd).

GALAXY SHOWERS: Golden color. Flavors included tangerine, peach, and apricot, with slight malt aroma. A delicious hoppy beer that landed more on the sweet side. Dry on the tongue. Another Double IPA at 8.8% ABV.

NOBILITY: Golden-copper color. Mostly tropical grapefruit with perhaps some papaya on the aftertaste. A Double IPA clocking in at 9.1% ABV, although it drank so much easier for me than that.

IRISH I WAS A BIT TALLER: An Irish red ale, copper-red in color. Lighter on flavor but still had a medium body. Biscuit flavor there, almost rice like on aftertaste. 4.3% ABV here.

It was $13 for five 4 oz tasters. I'd say that was par for the course on pricing, factoring in that three of the beers I had were Double IPAs. Share with a buddy and enjoy the experience, friends.

If you're coming with a large group, it might not work out as well. This is a popular spot, and seats (and space) fill up rather quick. If you can get growlers to go, I recommend doing so.

It is probably common for a food truck to park outside the facility. I did not see any other food sold on the premises. 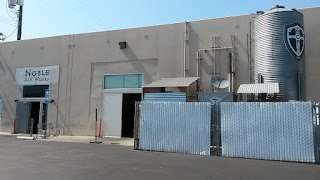 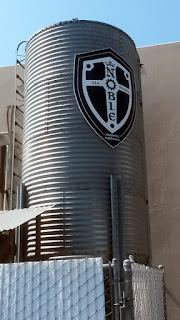