Back on June 13 and June 14, Portland got to experience another taste of Michigan, as Larry Bell brought his beers from Bell's Brewery and Upper Hand Brewery to PDX. 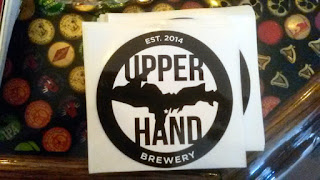 While Bell's Brewery has graced the Pacific Northwest in the past, this was Upper Hand's first trek to the area (at least to my knowledge). Upper Hand is located in Escanaba, in the Upper Peninsula (UP), while Bell's is in the Lower Peninsula ("mitten") of the state.

On June 13, Belmont Station had a tap takeover with several Bell's beers on tap, in cans, and in bottles. Not surprisingly, and much like during Craft Brewer's Conference 2015, the line again went out the door for draft beers. The line did go fairly quick, probably a 10-minute wait. I got a flight of beers, sticking with the IPA variations. 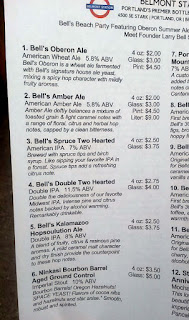 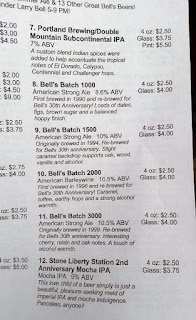 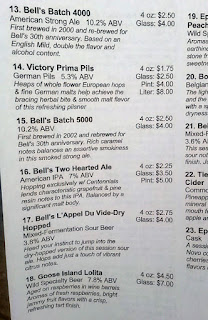 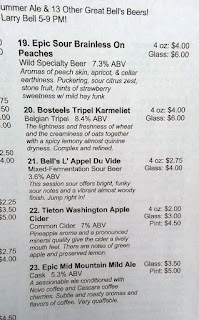 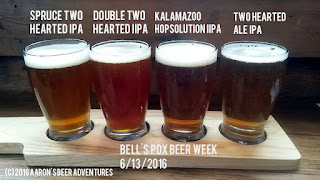 SPRUCE IPA: No mistaking that pine/spruce on the nose and on flavor, but I thought it worked well against that hop profile. It's one where you'd either love or hate.

DOUBLE TWO HEARTED ALE: Definitely one of the beers I wanted to try the most, since I have been a fan of their regular Two Hearted Ale. Certainly more malty, syrupy, and sweeter than its "little brother." Full bodied. Tropical aftertaste and still quite balanced. It does drink easier than its stated 11.5%. I felt it was one of the best overall, as it had a wonderful balance despite its stated ABV. Bell's hid that octane very well.

HOPSOLUTION ALE: Another double IPA that possessed a very refreshing tropical nose. Easily the best aroma of the four beers. More pine, floral, and hoppy on taste, while retaining a citrus background. Again nicely balanced. Admittedly was dry on the tongue for me.

TWO HEARTED ALE: One of Larry Bell's flagships. One I have had many times, and it's still great. Perhaps a bit lighter in flavor this time, although it could just be that batch or the effects of having it on draft (previously had it in cans and bottles).

I also grabbed a delicious sandwich from Monk's Deli while at Belmont Station. Even their Grilled Veggie sandwich is a winner. 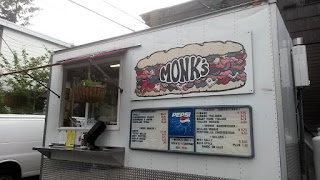 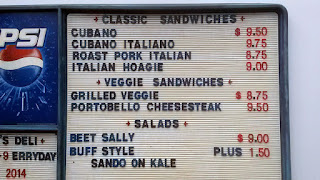 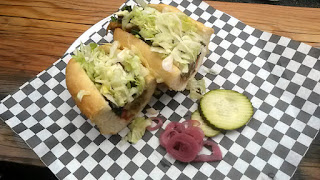 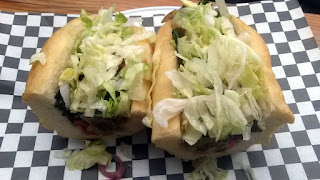 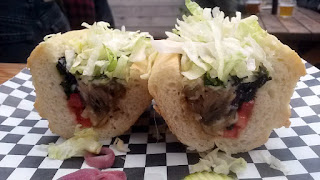 On June 14, I headed into North Portland for Saraveza's "Michigan on Michigan II: The Yoopering" event. Eight beers on tap, including four Bell's beers and four Upper Hand beers. Upper Hand bottles also for sale. I grabbed an assortment of Upper Hand beers and tried two more on draft. 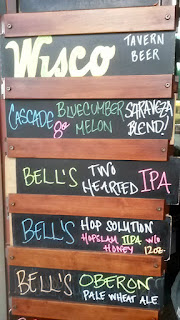 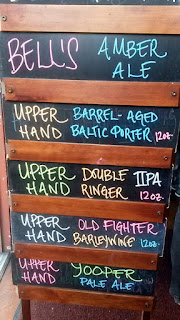 A lot of cans and bottles (both Bell's and Upper Hand) lined the left side of Saraveza. Yet again, the line went out the door. 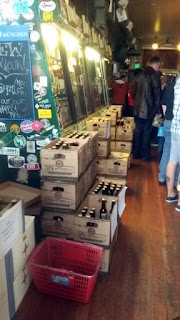 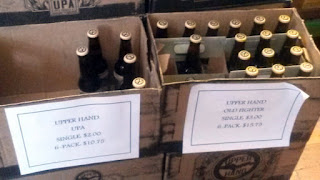 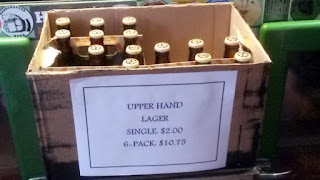 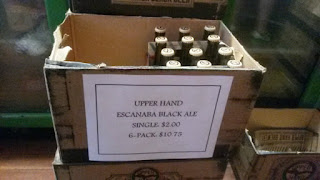 YOOPER ALE: An American Pale Ale, I made sure to get this one for two reasons: (1) it was not sold in bottles at Saraveza (but otherwise is bottled), and (2) the name obviously ties in with what people in the UP are called. It's a very light and refreshing beer at just 4.0% ABV. Some citrus. A total session beer to me. 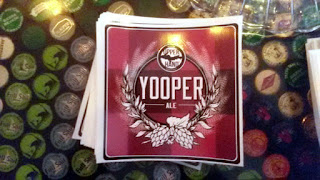 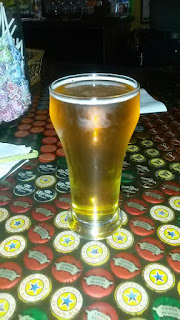 DOUBLE RINGER IIPA: One of their special seasonals, it features a light tropical aroma and balanced flavor. While malty, Double Ringer is not so hop forward like its West Coast IPA counterparts. I got a light tropical orange and even a tangerine aftertaste.A sticky medium-full bodied mouthfeel. Perhaps most similar to Bell's Hopsolution on flavor (while not as tropical aromatic) and a bit more (well-controlled) octane and tropical than Bell's Two Hearted. 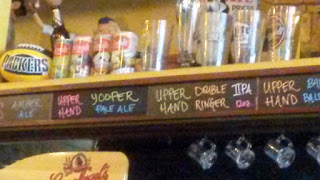 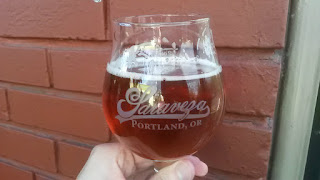 I also got a bowl of Smoked Brisket Chili with my beer. About 20 seconds later, the bowl was empty. 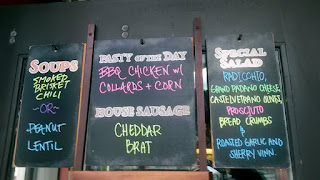 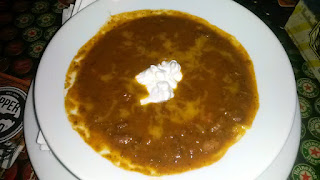 I loved both events, and based on the overwhelming positive response from people in the area, I think it's safe to say Larry Bell will be bringing more beers back to Portland very soon. Perhaps the only drawback was the insane lines. While it may not be a bad idea to head over the day after, a few of the more popular beers might not still be available then.

Even a few months back, when a limited supply of Bell's Hop Slam came here, people went nuts for it despite selling the 12 oz can for $6.00 (only one per person). Yes, I got to try Hop Slam. Yes, it is amazing. 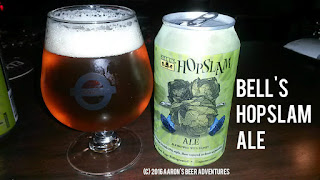 As a side note, I am actually planning a Michigan trip soon, so I will definitely be seeking out more amazing (and fresher) beers while there!
Posted by Aaron at 11:00 PM