Lucille's Smokehouse Bar-B-Que has multiple locations in California, and a couple in Nevada and Arizona. This blog post covers the location on W Chapman Ave in Orange, California. 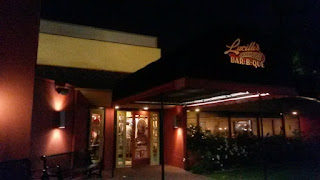 On my last night in Southern California for Vidcon 2016, I stopped here for dinner with several friends.

The menu is a mix of BBQ and Cajun/Creole cuisine. Appetizers feature everything from fried green tomatoes to burnt ends. Specialties include gumbo and catfish. BBQ menu has the ribs, chicken, brisket, and tri-tip. 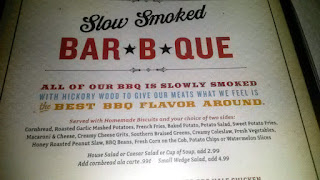 You'll get some awesome biscuits with apple butter here. 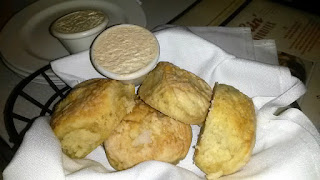 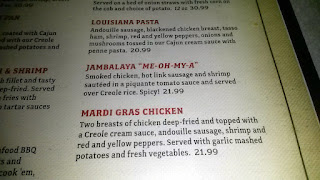 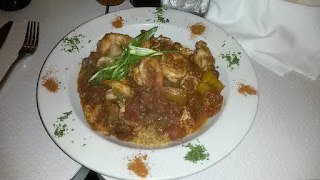 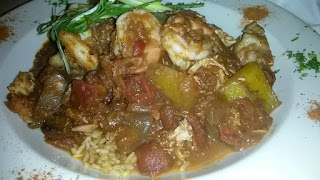 Of course, I'm not one to spend more than $20 on one meal very often (as you'll probably see me hit up the mobile food scene instead), but good food with awesome friends is something to cherish long after the last bite of food is swallowed.

Oh, and for those wondering, there really is a Lucille's Super Feast on this menu. Three racks of ribs, four half-chickens, two pounds of another meat of your choice, large salad (because there needs to be a healthy vegetarian option somewhere), plus choice of six sides. Feeds 10 or more and has a $250.00 price tag. I actually wonder if they would make a food challenge out of that.... 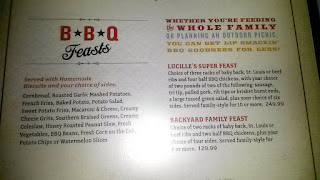 There are three different BBQ sauces made here. Not surprisingly, I preferred the spicy BBQ sauce. 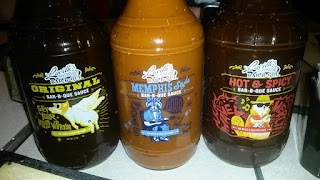 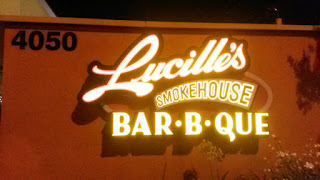 The service was great, accommodating 10 of us with relative ease. Of course, it probably also helped that we showed up past the usual dinner rush.

Since there are quite a few locations, you may find one near you if in California. They also have one in Tempe and two in Nevada (Henderson and Vegas). Hit up Lucille's for a wonderful meal! 8/10
Posted by Aaron at 11:00 PM