Point the Way Cafe is a gastropub located inside Los Angeles International Airport in California. 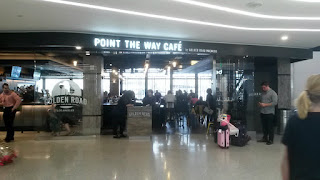 Point the Way is in Terminal 6, where the Alaska Airlines flights are. Point the Way partnered with Golden Road Brewing, so several of those beers are on tap if you're in the mood for a cold one.

Eater LA recently had an article about Point the Way.

Before boarding my flight home after another fun-filled Vidcon, I stopped here for a meal. Only breakfast was being served at the time I placed my order, but lunch service starts around 10 AM. 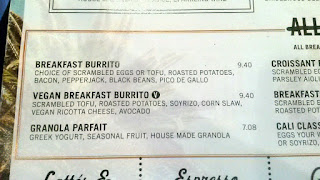 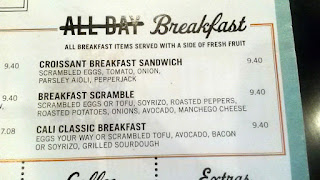 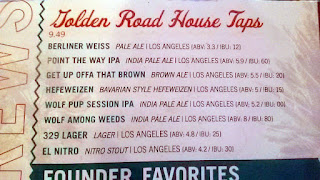 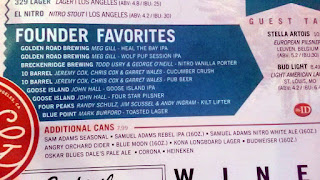 The breakfast menu is rather small, with six items. I decided on the Breakfast Burrito ($9.40), which includes choice of scrambled eggs or tofu, roasted potatoes, bacon, peperjack, black beans, and pico de gallo. Although it says that all breakfast items are served with a side of fresh fruit, I did not get that with my meal. Instead, I got what appeared to be a handful of French fries. While the 10-year-old kid in me would have probably been ecstatic, the 32-year-old me was rather indifferent about the whole thing. 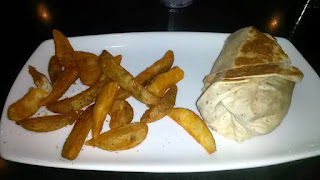 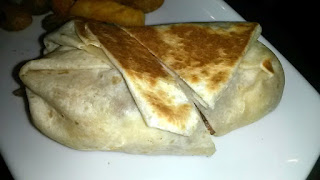 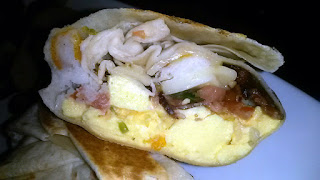 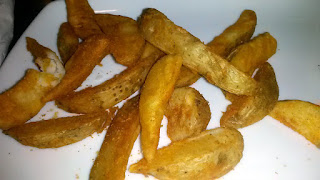 The burrito itself was decent. Life pro tip here: a Cholula-Sriracha combination is awesome.

Point the Way Cafe serves Stumptown coffee. Treated myself to a couple of cups before my flight. 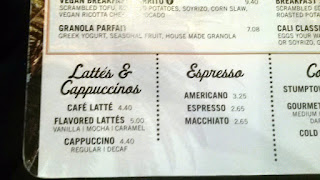 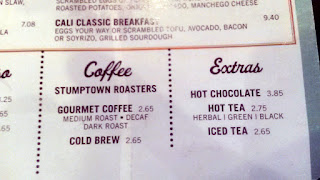 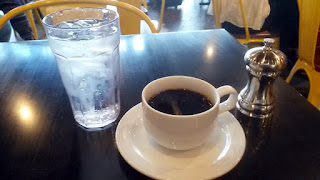 I'm sure I would like this place more after the lunch menu has started service. Options then include various flatbreads, an array of proteins (steak frites, chicken, salmon, or shrimp), and a few sandwiches. 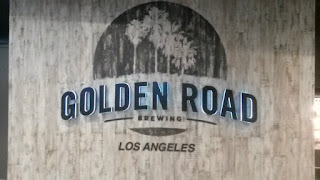 Based on its breakfast lineup, Point the Way Cafe is just OK, likely a warmup act to the main show. At least you can still get your beer in the morning if you wish. 6.5/10
Posted by Aaron at 11:00 PM