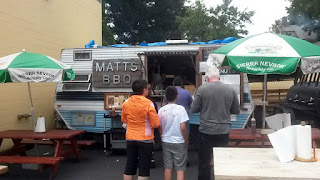 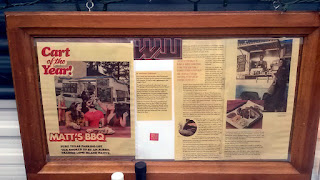 The panda was simply fashionably late to the party -- and finally went after everyone under the sun pretty much told me to go.

I could smell the contents of the smoker from the end of the block. It pretty much told me I was making a wise move. The lot has three or four carts, including the second spot for Kim Jong Grillin'. 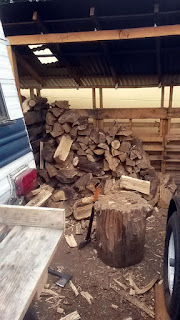 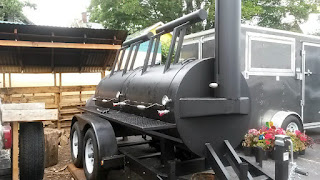 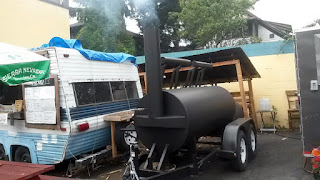 The menu is what you'd expect at a BBQ food cart. Sandwiches, plates, sides, and specials. Each table has a squeeze bottle of Matt's Texas-style BBQ sauce. 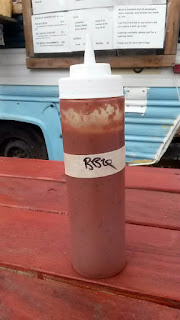 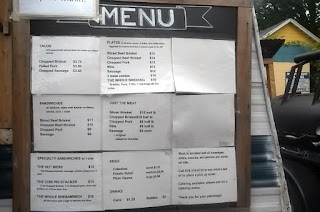 The Whole Shebang ($18) features all of the meats and sides on one tray. Pulled pork, brisket, rib, and sausage. Three sides (potato salad, cole slaw, and BBQ beans). It comes with pickles, peppers, and a couple of slices of white bread. For the full experience, The Whole Shebang is the only way to go. 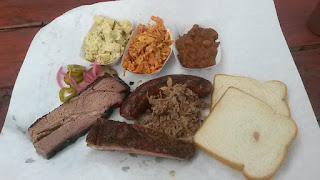 I found the pulled pork quite standard. From there, the brisket met my approval. Tender meat, with the bark melting in my mouth, just wonderful overall. The rib was a major hit, the meat effortlessly coming off the bone. But the sausage (jalapeno cheddar in this case) was the undisputed winner. Tons of flavor. I would come back alone just for that sausage. 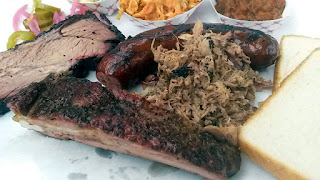 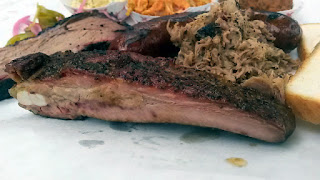 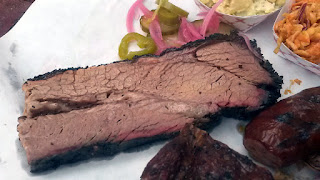 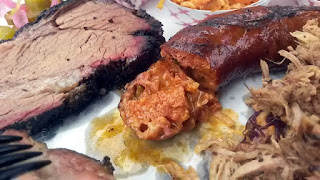 All of the sides were amazing. The potato salad had the proper mayo-potato-onion ratio. A unique-looking orange cole slaw, but crunchy. I learned that the color comes from paprika and copious amounts of carrots. The beans were delicious, but obviously much heavier than the other sides. 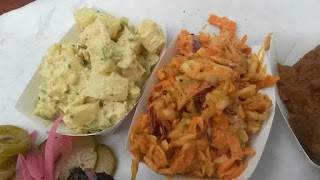 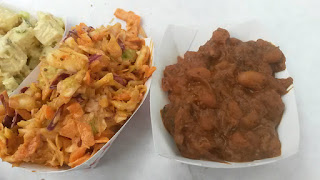 Apparently, this spread was attractive enough such that a couple of people asked me what I had ordered. Subsequently, many others started ordering the same item -- and even taking more orders to go. They made a very wise choice. 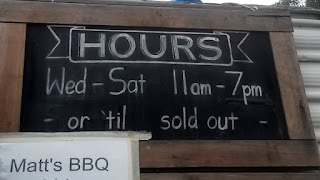 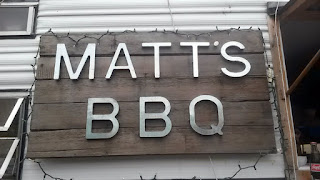 I can confirm Matt's BBQ is an elite BBQ food cart in Portland. It's so ridiculously good, I would recommend this to anyone (local or tourist). Go get some BBQ here, ASAP. 9.5/10
Posted by Aaron at 11:00 PM