On August 6-7, 2016, Portland hosted its First Annual Hot Sauce Expo adjacent to the OMSI parking lot. While I was only able to attend the first day, I met a lot of vendors and tried some delicious stuff! 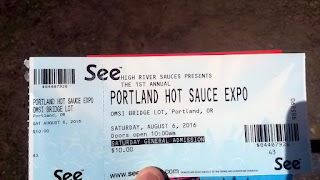 Over 30 vendors came out, some from other countries, to showcase their creations. I simply started at the front and made my way around the lot.

I visited the great people at Adoboloco, finally getting to meet the family in person. We chatted about some of my YouTube videos, as I have reviewed their products in the past. The Pineapple Habanero and Mangoes Bumbye sauces remain my favorites.

Big Daddy's Hot Sauces came from Houston. Since I happened to be headed there for CraveCon the week following this festival, I had to pick their brain on places to eat. I recommend the Fu Manchu hot sauce!

At Born to Hula, I recommend the Imperial Apple Barbecue Sauce, Ghost of Ancho, and Habanero Guajillo sauces!

From Burns & McCoy, the White Lightning hot sauce was tasty and unique. It has pears and white ghost peppers, among other ingredients.

The fine people at Char Man Hot Sauces were extremely generous in allowing me to take home all three of their hot sauces (Original, Caribbean, Verde). I will need to find time to review all of those at some point as well!

I had to buy some sauces from Cobra Chilli (Australia) and Culley's (New Zealand). They came all this way, and their stuff was damn good. Look for reviews on my channel in the future! I have Culley's Kiwi Hot Sauce and Cobra Chilli's Reaper Magic Hot Sauce.

Ghost Scream had their hot sauce and a delicious chile jam there. Their website also has a Ghost Scream Curry hot sauce that sounds and looks amazing.

Fire on the Mountain is a local Portland spot I've been to numerous times. Their El Jefe sauce is their hottest sauce at their storefronts, but that Spicy Peanut Sauce is addicting.

I went to FYM Hot Sauces, a local company in Portland. I had reviewed their first (original) hot sauce on my channel. They are coming out with a new hot sauce featuring beer and have a Kickstarter for that. The Kickstarter was successfully funded in no time, so backers will be getting the reward they requested.

High River Sauces has a wonderful lineup. You can order off their website. "Tears of the Sun" looks to have that ideal combination of flavor and heat, while the "Foo Foo Mamma Choo" has that East-meets-West hot sauce vibe.

Hot Mama Salsa will likely not have any options that will destroy your taste buds, but there's some delicious options for you. You should be able to find all of their salsas in the Portland area.

I've enjoyed the Smokey Habanero sauce from Hotmaple before. A lovely sauce with enough smoke, sweet, and heat for people to enjoy (but non-chileheads may eventually feel it).

Humboldt Hot Sauce brought a few sauces. The one that stood out for me was the Island Style, which contains pineapples, guava puree, bananas, and mangoes.

Layna sa Pika Este was the first vendor I went to, and they even gave me a Bird's Eye chile to eat. Their hot pepper paste uses those chiles, and there were a few plants on display. While some chiles can grow to a couple inches long, the pod I was given was not much bigger than a grain of rice. It still packed a ton of citrus kick and heat. Deceiving, but cool.

Lazy Y Ranch had a few intriguing choices. Red Rage and Plum Crazy were my favorites. There's also a Pineapple hot sauce featured on their website.

I've had Lucky Dog Hot Sauce in the past, and was on Cult Moo's video back in June 2015. I've reviewed the Black Label sauce on my channel. I took home a bottle of their "Year of the Dog" Thai Chile Pineapple Hot Sauce, which I plan to review. Their Brown Label (mustard chipotle), Orange Label (hot fire-roasted pepper), and Pink Label (applewood smoked habanero) sauces are total recommends.

Nice Spice Company uses flavors that come from Laotian cuisine. The Jeow Bong is a sweet-spicy chile pepper paste, while the Jeow Som is a lovely sweet-tangy ginger sauce.

NW Elixirs had three yummy hot sauces at the expo. #1 is a habanero-based sauce, #2 is a verde sauce, and #3 is a chipotle sauce.

Oso Pepper Company came up from California. Keeping with my love for curry sauces, I took home a bottle of the Mumbai Sun Spicy Curry Hot Sauce!

At the far end of the lot, near the beer, I visited the Puckerbutt Pepper Company and met Ed Currie, the creator of the Carolina Reaper. Word is they are trying to submit a new pepper to supplant the Carolina Reaper as the world's hottest chile. Knowing the great stuff Ed produces, I can't wait to hear more about this. 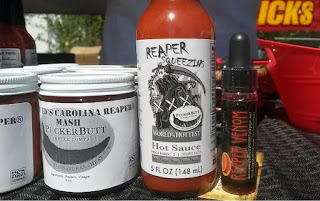 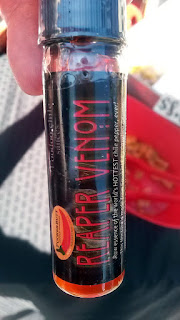 RADS (from Bellingham, WA) is known for their barrel-aged pepper sauces. I tried both the 2014 and 2015 sauces. Heat and garlicky goodness.

Samfuego (out of Kirkland) easily had some of the most beautiful-looking sauces at the expo. The Habitual (habanero) was a vibrant orange, while the Black Thai was a stunning purple. Tangy, citrusy, garlicky, and pleasurable heat.

Seafire Gourmet has four sauces for sale on its website. The Classic Habanero is a tried-and-true winner, a habanero-carrot-garlic combo.The "Hot Spicy Girl" (rated 6/10 on heat) contains garlic and Red Savina powder.

Secret Aardvark hot sauces can be found at many spots in and around Portland. I've shared the signature habanero hot sauce with friends from out of state (and they've loved it). For science, also try the Drunken Jerk Jamaican Marinade and Drunken Garlic Black Bean Sauce.

Stinging Kombucha hot sauces are from the same people who run the Tabor food cart. Kombucha is used instead of vinegar.

Texas Creek brought their Pure Evil Capsaicin Drops to the expo. Your choice of 1.5 million SHU, 9.6 million SHU, or 13 million SHU. Any of those will just kick your ass. It has no taste, just pure evil heat. 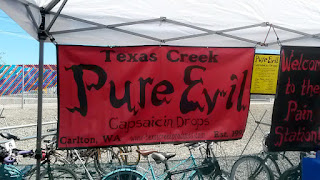 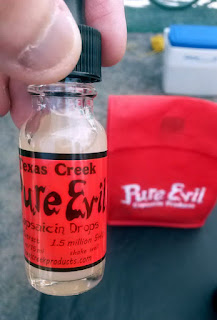 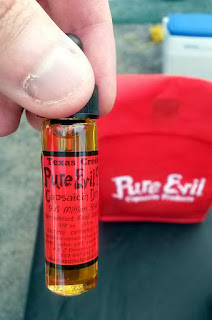 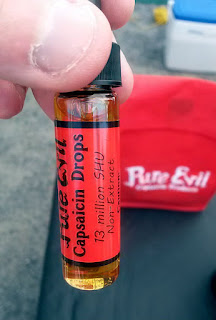 Finally, I met the people at Torchbearer Sauces, as I had also reviewed a couple of their sauces on my channel. Their "Oh My Garlic" and "Smokey Horseradish" sauces were winners. For those wondering, yes, I have had their hottest sauces.

It's no surprise that ice cream had to be sold at the expo. The Portland Ice Creamery brought their food truck to the event, and I loved their Kobos Coffee ice cream. Doubly delicious and needed on a hot day when the panda also got sunburned. 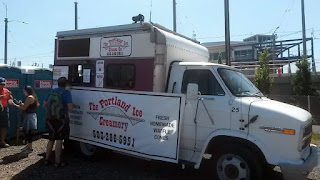 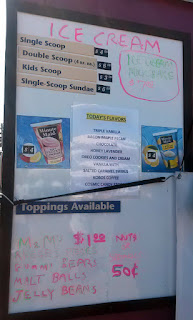 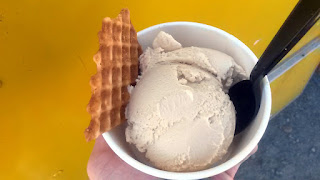 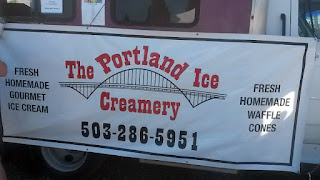 Over the two days, a few contests were held, ranging from spicy tacos to spicy pizza to spicy doughnuts. The second day, from what I read, featured a Carolina Reaper pepper eating contest. I doubt anyone entering that chile contest felt too good afterward.

Oh, and there was pro wrestling at the event too. A smaller organization. Didn't pay too much attention to the festivities, unfortunately.

I took home a lovely array of hot sauces. I hope to review those on my channel at some point. 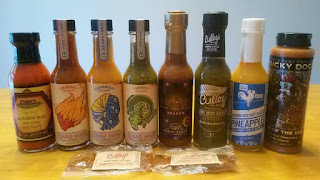 All in all, a successful first year for the Portland Hot Sauce Expo! I hope for more spicy goodness next year!
Posted by Aaron at 11:00 PM