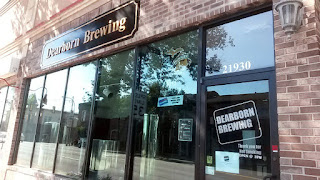 Interesting factoid: this brewery exists due to a successful Kickstarter campaign back in May 2014. The brewery's site has a Thank You page acknowledging all of the 157 backers who contributed to the Kickstarter.

On one of my final stops before heading home, I decided to stop here for a quick beer tasting. As you've probably seen in prior blog posts, I love trying beers that are local to wherever I visit. 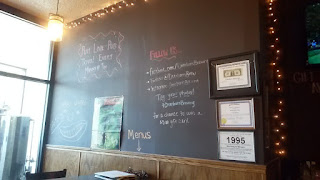 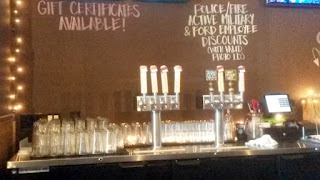 I did not notice if the place serves food. The website notes that they do not have a kitchen, but encourage people to bring in outside food. There was one back room they had which stored extra kegs of beer for their taps.

Dearborn Brewing is a small brewery and has approximately eight taps. I tried two 5 oz tasters of the following: 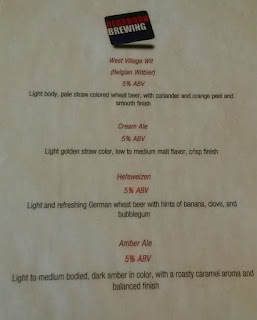 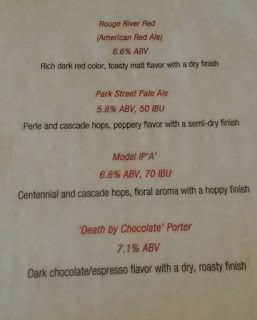 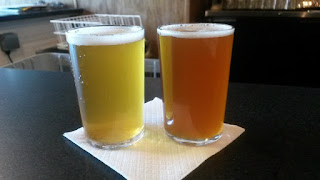 As I am more an IPA fan, my preference clearly was for the Model IPA. Other beers in tap included the Rouge River Red Ale, Death by Chocolate Porter, West Village (Belgian) Wit, Cream Ale, Hefeweizen, and an Amber Ale. The brewery opens at about 3 PM.