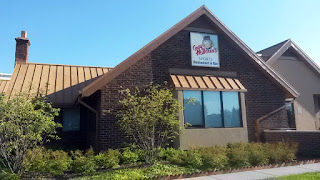 After a long day out with friends, no food options in my own hotel (Microtel), and no desire to drive anywhere, I walked the 400 yards to the nearby Holiday Inn for this food option.

Although Guy Hollerin's has live music and dancing on Saturday nights (with cheap cover), the panda chose to get a takeout order, remain a hermit, and down a few beers privately in a hotel room. Panda science is lovely that way, too. 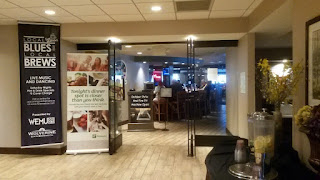 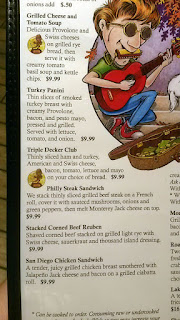 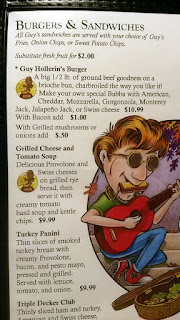 Still on a Reuben bender, I tried their "Stacked Corned Beef Reuben" ($9.99): Shaved corned beef on grilled light rye with Swiss, sauerkraut, and 1000 Island dressing. Unlike at Maize and Blue Deli, you'll also get your choice of fries, onion chips, or sweet potato chips with the sandwich. I chose fries.

On my takeout order, I also got an extra side of 1000 Island and an awesome small glass bottle of ketchup. The latter is clearly something you don't see every day. 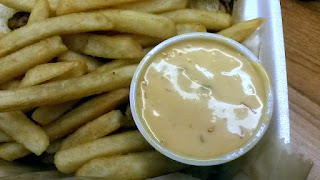 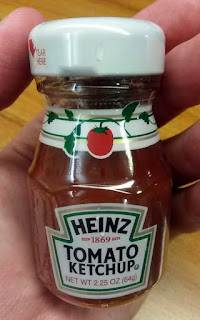 I also loved this Reuben. Awesome corned beef here, and lovely kraut and 1000 Island. Bread toasted nicely. Even the fries were wonderfully cooked (crisp outside and fluffy inside), although a side of me wanted to dump some black pepper on those spuds. The panda clearly has a black pepper addiction. 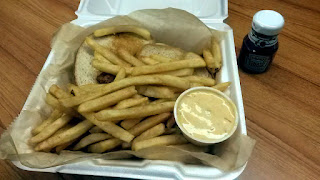 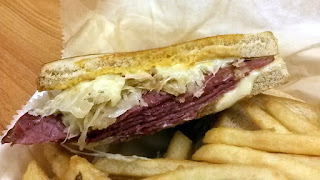 The menu also includes a few other sandwiches/burgers and some specials.

The staff took appeared to take a couple minutes before realizing that I had not been served or helped yet. They also gave me a receipt to fill in, assuming that I was staying at the hotel before I had to correct them on that. No big deal.

Guy Hollerin's was a great choice if you want some hearty American grub and some local brews! 7.5/10
Posted by Aaron at 11:00 PM