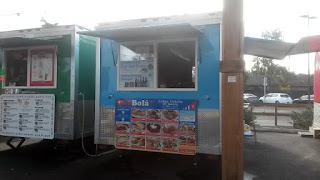 According to the Mercado's website, the owner of Que Bola was born and raised in Cuba, went to culinary school, and worked as head chef at a Cuban restaurant in Mexico before coming to the United States.

Interesting fact: Que Bola is a Cuban greeting that means "What's up?"

The menu has various Cuban dishes, such as Ropa Vieja (a stewed beef dish served with white rice); the iconic Cubano sandwich; and Picadillo Cubano (a Cuban beef hash dish). You can get a few dishes as combos (with one side and a drink) for $2 more. 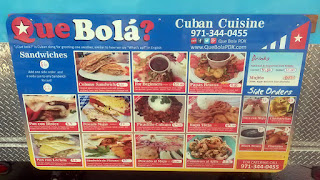 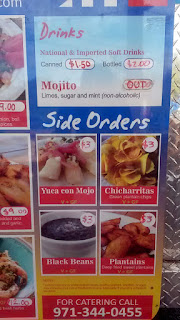 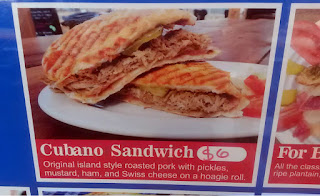 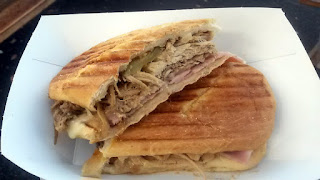 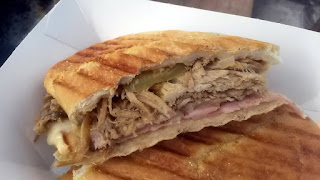 Overall, a very good sandwich. I loved the abundance of pork and melted Swiss in this one. The mustard looked similar to a honey mustard, perhaps with a tinge of sweetness; I personally prefer the traditional yellow mustard here for a little more tang. Good press on the bread, but perhaps it could have been pressed a bit longer for extra crunch.