It's been over four years since I went to Word of Mouth Bistro, mainly because I moved from Salem that year. A return visit was overdue. 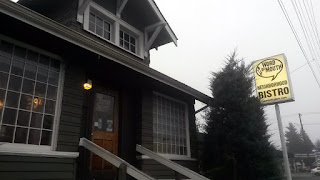 Servers have come and gone in the past four years, but the place has stayed mostly the same and remains busier than ever. The menu has also largely remained unchanged. WOM still does specials every day they are open, but closes on Tuesdays now to give the staff a break. 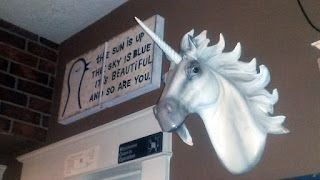 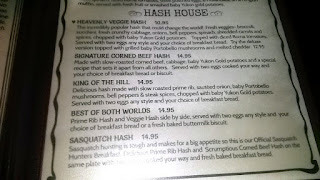 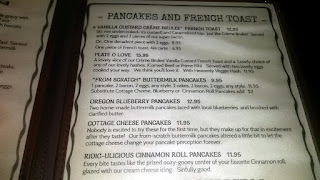 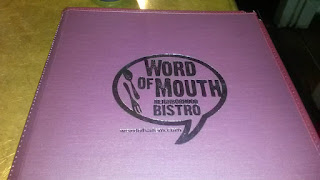 I came by a little after 7 AM on November 26, the day of the Civil War football game between Oregon and Oregon State. Not surprisingly, a few patrons were wearing Duck gear or Beaver gear and were headed to Corvallis afterwards. Since I came solo, I was able to bypass the wait list and get a seat at the bar area. Otherwise, I'd probably be waiting another 15-20 minutes.

WOM serves awesome Tico's Coffee. Custom coffee mug with Tico's on one side and the WOM logo on the other. 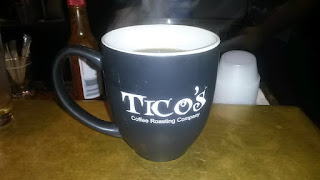 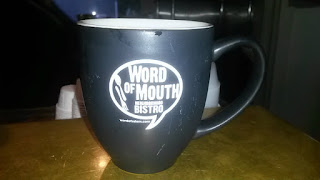 I got "The Best of Both Worlds" ($14.95), half orders of their veggie hash and prime rib hash, two eggs cooked any style, and choice of toast or biscuit. I asked for overeasy eggs and their sunflower seed toast. A huge platter of food arrived. 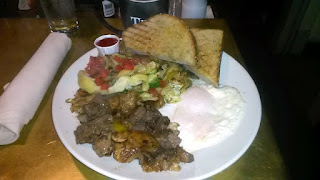 For me, this is an ideal breakfast. Good amounts of protein, starch, and veggies. The potatoes in the prime rib hash were cooked perfectly. Tender, juicy prime rib. A load of veggies in the veggie hash. After adding some Tapatio hot sauce, I was one happy panda. 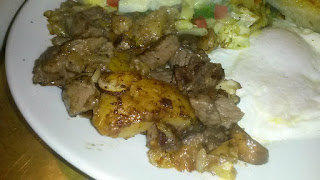 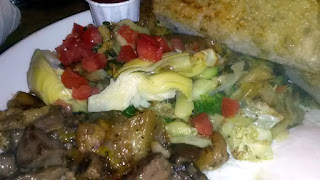 The toast slices are immensely thick, so even though you get just one slice cut in half, it will be more than enough. The homemade strawberry jam here is some of the best I've ever had. 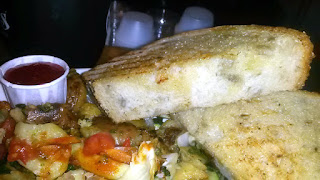 WOM's Creme Brulee French Toast, Biscuits & Gravy, and Cinnamon Roll Pancakes all remain some of their most popular breakfast dishes.

I read that WOM turned down an invite from Diners, Drive-Ins, and Dives a while ago. While people might think that's a crazy move, they don't need the added exposure. They've maxed out on space already, and there are already long waits for food. But if Guy Fieri wants to pay a visit regardless, I know he will get an amazing experience.