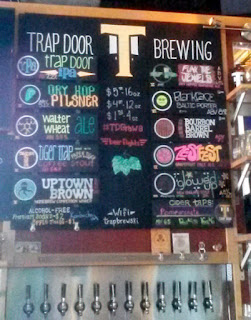 A couple weeks ago, the Portland and Vancouver area saw its most snow in at least 20 years. It all but forced me to stay in Vancouver, as Portland was still an icy mess.

Trap Door Brewing is one of several breweries in Clark County, and a few can be found right in downtown Vancouver. With a few food carts parked right outside, it's OK to order food and bring it into the bar; the cart owners may even bring your order in for you. 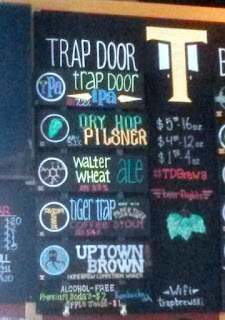 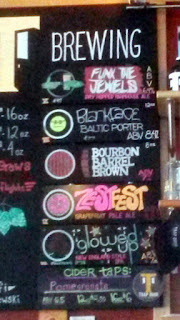 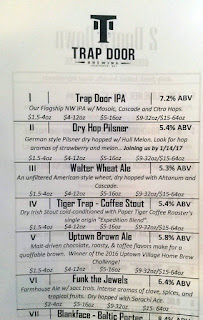 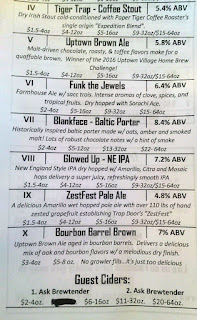 There are ten taps at Trap Door for all their beers. A few are year-round, while others will seasonally rotate. I tried a few different ones here.

If you want a flight of four, it'll likely run you around $6, give or take a buck. You'll get a slight discount if you get seven or more 4 oz tasters. 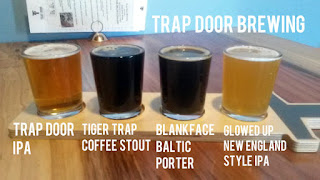 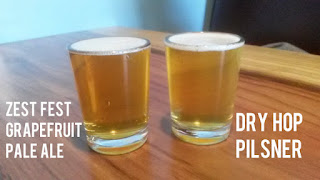 Overall, I enjoyed the atmosphere. There are a couple of TVs to watch the game, and the tasty food options from outside make the experience even better.