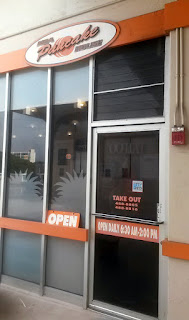 While the namesake of this place is pancakes, Koa also serves omelets, breakfast plates, crepes, benedicts, French toast, and waffles.

I tried the Koa Omelet ($9.10). It's a 3-egg omelet filled with Portuguese sausage, spinach, and mushrooms. Omelets come with choice of pancakes, rice, toast, or potatoes. Being the panda rebel I am, I even upgraded to fried rice ($1.95 more) instead of getting a pancake. 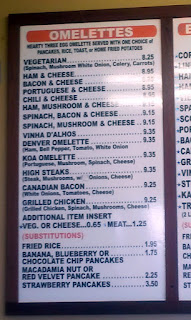 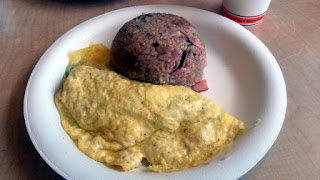 Even when dining in, the food arrived on a paper plate. I guess if anything, it's easier with no dishes to wash. 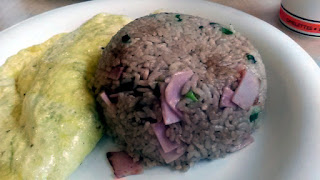 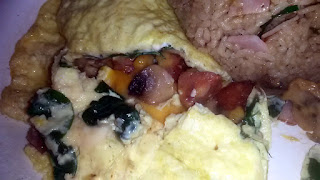 Everything tasted great. Eggs cooked perfectly, and a good portion of diced sausage, spinach, and mushrooms inside. The fried rice also tasted like it had a good amount of pepper in it, which is right up my alley.

The portion size felt more like a snack to me. Perhaps it would have been much more filling with pancakes as the starch.

I looked around to see that some of the other patrons were ordering pancakes. They looked fluffy and appetizing, so I'd certainly give them a shot if I had such a craving.