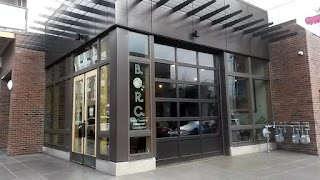 Controversy struck this place before it even opened, as the owner's pick on the original name (Saffron Colonial) did not sit well with people offended by its apparent glorification of colonialism. Yup, there were even protests at the site. The restaurant became British Overseas Restaurant Corporation, a play on a former British airline. 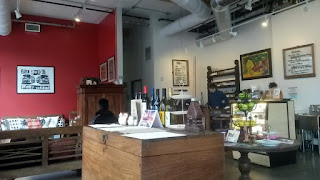 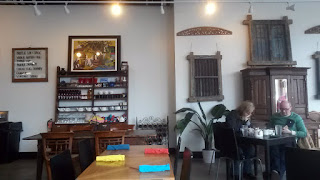 The menu had long intrigued me, as it is one of a handful of places serving an array of UK dishes. We're talking Full English Breakfasts, Kippers, Bangers and Mash, and Fish and Chips. 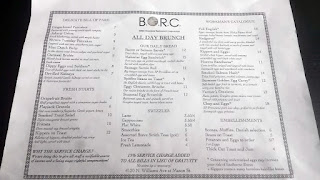 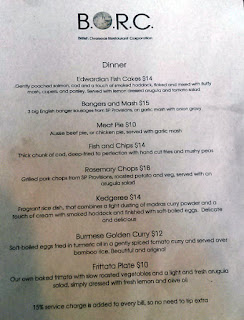 I came in on a Saturday for brunch. While it looked like 2-3 people were helping with serving food and taking orders, there were several times where they all seemed to disappear at once. They probably could have used another employee to help seat new patrons or tend to the customers waiting for their food, but normally I'd think three is enough for a place with no more than 10 people dining.

The wait time may have been a few minutes, but felt so long that I didn't even know if I was supposed to order at the counter and then sit down. After a bit, someone did come to my table. Just about everything on the menu is made to order.

I started with a cup of bottomless coffee ($2.75). Apparently, if you don't like the coffee, it's free. No problem here, I liked it. 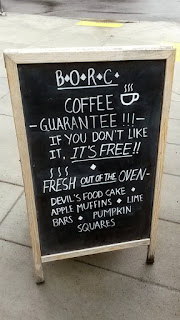 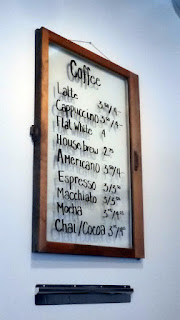 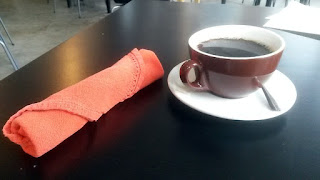 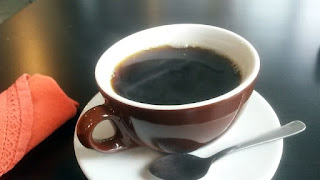 I got the Full English Breakfast ($18): Two eggs, two sausages, two strips of small thin bacon, a small slice of ham, one Nicky farms blood sausage, a scoop or two of baked beans, half a tomato, a few mushrooms, and a thin piece of toast. The food was fine; wonderful beans, perfectly cooked overeasy eggs, awesome sausage, and crispy bacon. Still, the list I gave was quite accurate, While curiosity pretty much made me get the Full English this time, at the end of the day, it just didn't feel like an $18 meal in my eye. 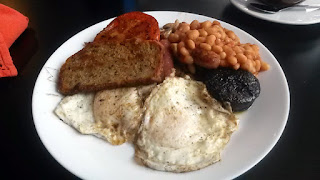 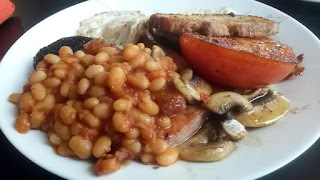 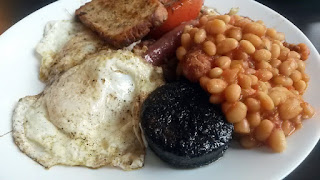 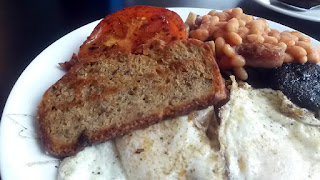 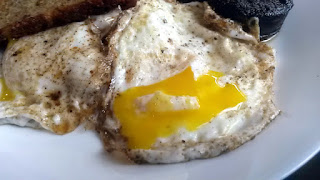 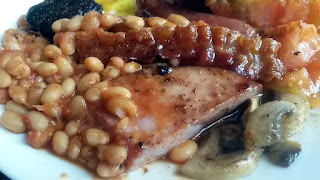 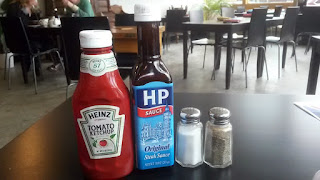 The gratuity (15%) is already included on the bill, so paying any further tip is optional. 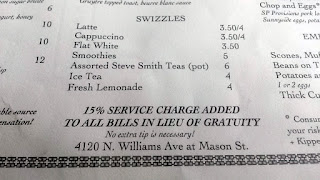 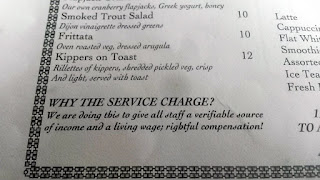 If I were to go back, it might be for the dinner menu to see how those dishes stack up. While BORC is certainly worth trying, the experience I had was probably closer to average. 6.5/10
Posted by Aaron at 12:00 AM