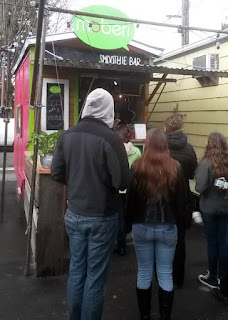 This is the fourth Moberi location for Ryan. There's a brick-and-mortar spot on SW 5th (near PSU), a cart on NW 23rd, and a cart at PDX airport.

At the grand opening this past Saturday, you got a free Moberi Bowl if you showed up between 2 PM and 4 PM. The Moberi Bowl starts with acai (smoothie form) topped with granola, bananas, strawberries, blueberries, goji berries, and honey. You could eliminate any ingredients if you needed to (for allergies, dislikes of a certain item, etc.). 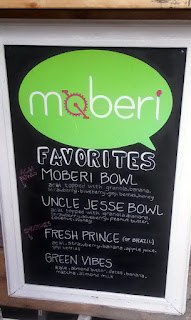 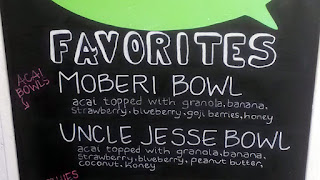 Moberi continues to deliver quality bowls that also look stunning. Considering I routinely gorge on heavier food items and beer, I'm sure my body thanked me for the temporary health kick. 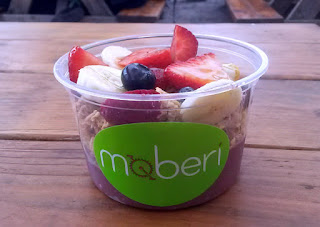 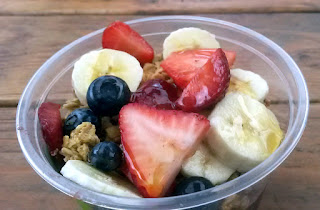 For Moberi 4.0, Ryan is slightly departing from his pedal-powered mantra, choosing to focus on delivering quality bowls and smoothies. The bike wasn't there when I went, but should make a few appearances down the way as much better weather (i.e. summer) approaches.

And yes, Moberi 5.0 is already launching soon. Ryan's next location will be in the Portland Food Hall, expected to open in Spring 2017 in downtown Portland.

I still remember going to Ryan's cart back in 2012 and thinking what a novel idea this was. And yes, if you click on that link, you can see pics of the old bike setup and the original cart.

Moberi was founded in Spring 2011, where Ryan set up his bike blender outside his house. While I was a huge fan from the start, I still had no idea at the time that Ryan would expand to five locations in six years.

Perhaps his February 2014 appearance on Shark Tank, even if unsuccessful to get the investors to bite, proved successful in getting Ryan additional exposure. Sometimes, good national exposure alone can allow a business to flourish. 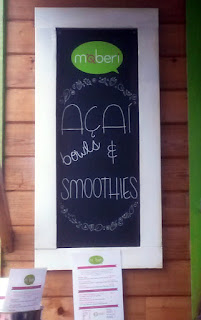 Congrats again, Ryan. Success couldn't have happened to a nicer guy. 9/10
Posted by Aaron at 12:00 AM