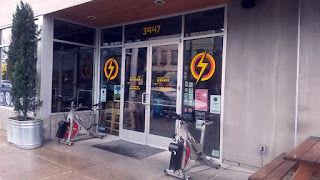 I met a couple of friends on a Sunday to hang out. Outside, there are bikes to pedal electricity to the place; from what I gathered, you can get yourself a free beer if you pedal for 30 minutes or so (don't quote me on that time). Just like when you go to Moberi, it's a great way to burn your calories and get a drink at the same time.

There are 19 taps at the Bike Bar featuring HUB beer. You can actually get 3 oz tasters of the first 15 beers on the list for a ridiculously cheap $13. They also make their own (non-alcoholic) root beer, which I tried on this visit. Very good craft root beer here, and it's $3 per glass. 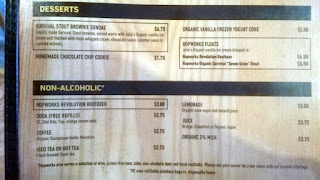 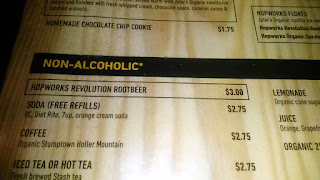 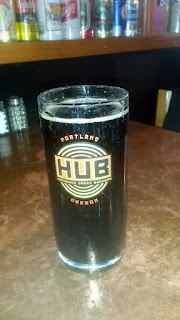 I then went with the Brewer's Poutine ($7.25), adding pulled pork for $3 more. Wedge fries, vegan brown gravy, and cheese curds. It comes to you on two plates, so they probably melted all the curds in the oven before bringing it out. I love the extra stringy mess this made, but I wish they would let the gravy and the fries melt the curds instead. Bike Bar's gravy has a slight sweetness to it, which reminds me of some gravies I had in Canada. 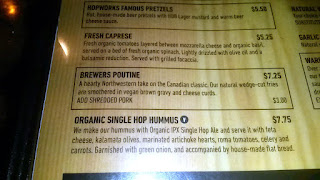 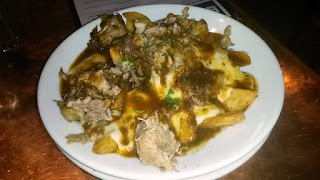 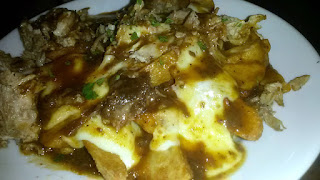 The portion can probably be a small meal, especially when pairing it with a beer or two.

I'll probably need to come back for the Warrior Wings ($10.75). Over a pound of protein? Sign me up. 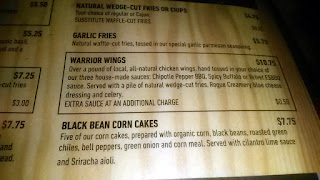 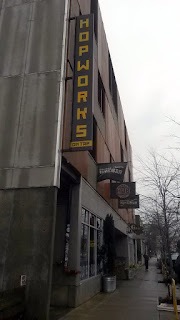 There are a few places for beer on N Williams Avenue, and HUB's Bike Bar is a solid choice! 7/10
Posted by Aaron at 12:00 AM