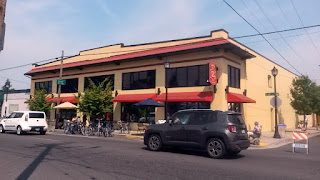 The Lents neighborhood used to be an area no one would recommend heading to. Lots of dilapidated housing, graffiti, just a very ghetto area. In the last year or so, it's undergone a transformation. More new, modern buildings are being developed. 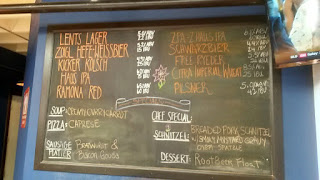 Zoiglhaus brings traditional German food and beer to the area, but will also include salads and pizzas. Spacious interior. 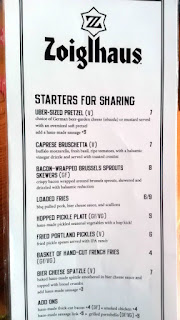 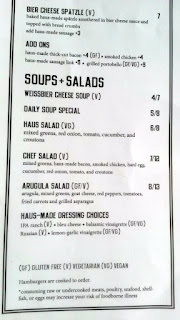 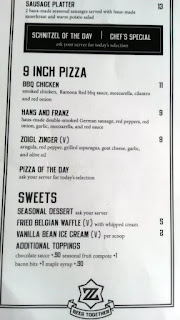 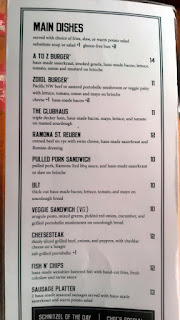 The Bier Cheese Spaetzle ($7) starts with hand-made spaetzle (dumplings that look like pasta strands) covered in bier cheese. You can add ground sausage or sliced sausage for $3 more. The sausage is made in house. Well seasoned spaetzle, and it's definitely worth getting the extra protein on there. 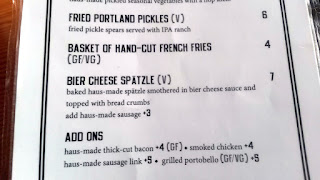 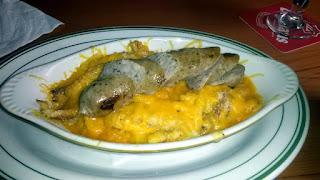 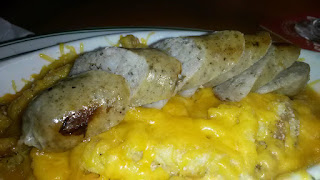 The Sausage Platter ($13) includes two house-made sausages, their house-made sauerkraut, and house-made warm potato salad. This is pretty much their signature dish. There is a rotating selection of sausages; when I went, they had bratwurst and a bacon-gouda sausage. Both were excellent. At the end of the day, I preferred the bratwurst. I suggest putting some stone ground mustard on top as well. 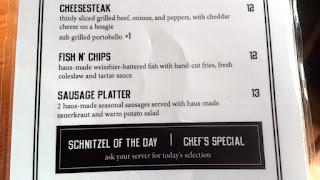 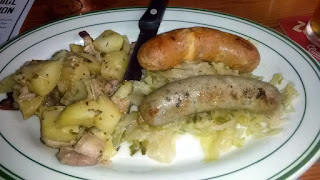 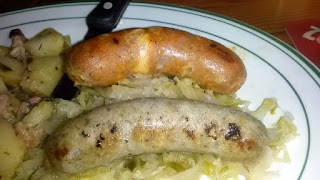 I'll have to try the pizza and the sandwiches next time. In particular, the Reuben sandwich ($12) has my name on it.

Beer thirty is obvious here. I was actually surprised to see that Zoiglhaus makes IPAs, as I usually don't associate IPAs with Germany (although I guess there is a Belgian IPA for close proximity). Apparently, people on Beer Advocate do say German IPAs exist.

The Haus IPA (6.2% and 75 IBU) is well balanced with some floral and tropical notes. 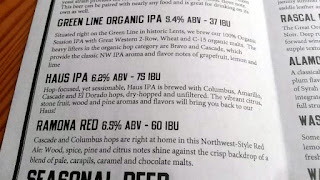 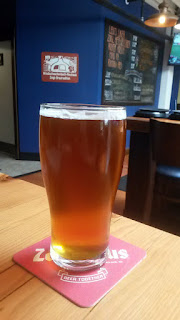 Since I went on National Root Beer Float Day (August 6), I had to get their root beer float. Unfortunately, the root beer I got was flat. Vanilla ice cream was good, though. 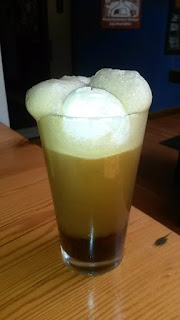