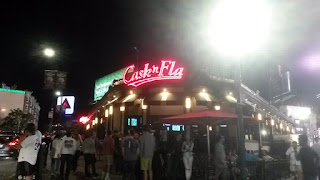 I decided to head here after taking in about half the Red Sox game (the home team was getting pummeled anyway). A large crowd gathered for the game anyway, figuring it was better to watch the game for free and get cheaper food than actually going into Fenway. Since it's close by, Cask 'n Flagon is generally listed as one of the places to get food and drinks at before or after a game.

As you'd expect, there's a full bar here if you wanted drinks.

Being in New England, I wanted a lobster roll on their New England split-top bun. The lobster roll here is a cold lobster salad (lobster meat and lobster dressing), with shredded lettuce. Cole slaw is served on the side. It comes with another side, and I got sweet potato fries. 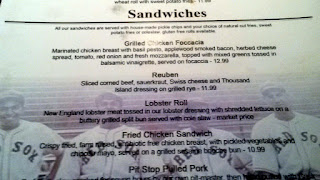 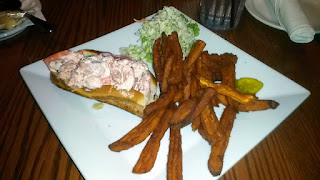 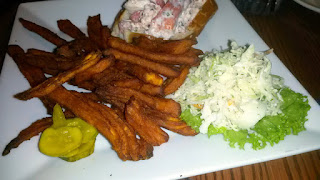 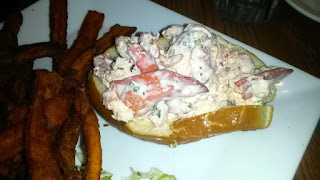 Everything was fairly good. The bun was perfectly grilled, and a nice helping of lobster meat here. Still, it is a small lobster roll at the end of the day, and you'll be paying around $20. Trust me, the roll is small enough such that I could wolf it down in 2-3 bites. The cole slaw was not a creamy version but still crunchy. Good job on the fries, with a slightly crisp outside and a soft inside.

The New England clam chowder was fairly average, with a gluey or goopy texture. but perhaps that was us coming in after dinner hours instead of earlier in the day when the batch is likely fresher. The chowder was also just lukewarm. 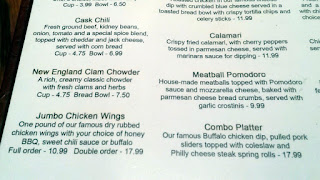 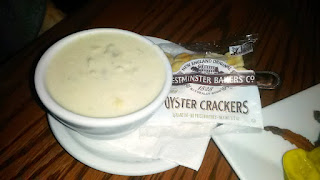 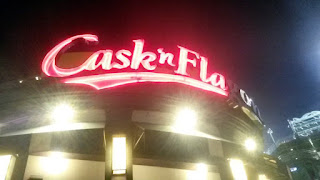 The service was good, given the mass of people coming out for the Red Sox game.

I think people in general will have a better experience than I did if they showed up earlier in the day, so keep that in mind if you're in the area. 6.5/10
Posted by Aaron at 11:00 PM